Borrower Beware: Loan Transactions can be a Taxable Event for U.S. Corporations that have Foreign Subsidiaries

To illustrate, a U.S. corporation owns a foreign subsidiary that has $50 million of earnings not previously subject to U.S. tax. If the U.S. corporation borrows $25 million and the credit agreement provides for at least one of the four terms listed above, the U.S. corporation would be deemed to have received a $25 million dividend from foreign subsidiary. The dividend would generally be subject to a 35% U.S. tax rate. Want a real life example? In October 2013, the Overseas Shipholding Group (OSG) announced that it would sue the law firm that advised it regarding a loan transaction. OSG claims that it had an unexpected tax liability of nearly $500 million from dividends triggered by the loan transaction that the law firm failed to advise them about.

To avoid adverse tax results on a loan transaction, U.S. corporations that own a foreign subsidiary should have their credit agreements reviewed by tax counsel, who can advise them on the tax consequences of the agreements and how the agreements might be restructured if there are potential adverse consequences. 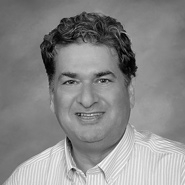