Captive Insurance - Worth a Look

January 6, 2012 – Articles
Wayne F. Wilson
Share This Page
As seen in the November issue of Goering Center for Family and Private Business E-Newsletter.

A captive insurance company insures the risks of its owner, affiliated business or group of companies. It issues policies, collects premiums and pays claims no different than any other insurance company. A captive is unique in that it typically provides insurance only for its parent or other associated entity. Captive insurance is not self-insurance. When someone self-insures, funds are set aside for a future event, but when a captive is used premiums are paid to a separate entity and a policy is issued. It is also important to note that captives are not a replacement for traditional insurance coverage. Captives generally act as a supplement to a commercial insurer, as they rarely underwrite all the risks of their parents. Certain types of risk are generally not carried by traditional insurers, but may be placed with a captive.

Captives have been around for over 50 years and are no longer considered a cutting edge tool. It is estimated that over 90% of S&P 500 companies utilize captives. Nearly half of all U.S. states now permit captives to domicile within their jurisdiction, though most captives are still domiciled in offshore territories. Nonetheless, captive insurance companies incorporated in offshore territories make an election to be treated as a U.S. corporation and their reserves and investment assets are generally held in the U.S.

While there are multiple types of captive arrangements, the type of arrangements generally most attractive to the small business are the “Association or Group Captive” or the “Rent-A-Captive”. Association or Group Captives are owned by a trade, industry, service group or a group of companies which seek to provide insurance coverage for the benefit of their members. The “Rent-A-Captive” provides captive facilities to unrelated companies or persons. Insureds that do not wish to, or cannot create their own captives, come together through a captive management firm to create separate cells within a larger insurance pool. This type of captive places 51% of its risk with unrelated parties and 49% of the risk exposure stays with the business affiliated with the captive. In this manner, the captive qualifies for one of the IRS “safe harbors” for captive structures.

Most small businesses have uninsured risks whether or not reserves are set aside to deal with them such as insurance deductibles, policy exclusions, operating risks, accounts receivable concentration, construction defects, credit defaults, litigation costs and product warranties. Real estate developers, manufacturers, professional service firms, franchisees, restaurants and physician groups have all taken advantage of the risk management tools and additional benefits offered by captives. These companies have utilized captives to tolerate larger deductibles and exclude certain events from insurance which reduces overall insurance costs. Thus, while the tax benefits, additional profit center and wealth accumulation aspects of the captive are certainly added benefits, it is the ability to minimize insurance costs and control risks that drive the decision to form a captive.

To form a captive is no easy task since it involves the establishment and operation of an insurance company. Typically, small businesses will work with captive management companies who assist with formation, operation, reporting, and when the time comes, wind-down. Proper formation of a captive can take several months; especially if dealing with a Caribbean island, where there can be a different perception of time. However, once the captive is formed and underway, utilizing a captive management company can provide a turnkey arrangement with very few headaches. Furthermore, the reserves which are held by the captive can be managed by the captive owner through his or her own preferred financial advisors.

Finally, we have found that when our clients undertake the due diligence to study whether a captive is appropriate, they almost always learn something about their existing lines of insurance which comes as a surprise. Thus, whether the small business owner ultimately decides against the captive, there was value in the exercise. 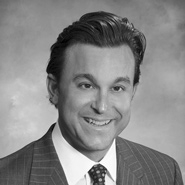