After a March 1, 2017 vote in the House of Representatives, Congress could soon revoke a recent OSHA regulation that extended the window for OSHA to issue citations for recordkeeping violations. If enacted, the action by Congress will effectively limit the agency’s ability to issue a recordkeeping citation more than six months after the violation occurred.

Under current OSHA regulations, employers must prepare an incident report and a separate injury log within seven calendar days of receiving information that a recordable injury or illness has occurred. At the end of each calendar year employers must review their 300 logs to ensure that they are complete and accurate. By February 1 of each year, employers must certify their OSHA Form 300 Log of Injuries and Illnesses and post their OSHA Form 300A, which lists the total number of job-related injuries and illnesses that occurred in the previous year. Employers must save the OSHA 300 Log, the privacy case list (if one exists), the OSHA 300A annual summary, and the OSHA 301 Incident Report forms for five years following the end of the calendar year that these records cover.

For many years, OSHA treated an employer’s failure to accurately record an injury as a continuing violation during the entire five year retention period. Taking into consideration OSHA’s six month statute of limitations, OSHA could issue citations for recordkeeping for an entire five years plus six months after the violation occurred. However, in 2012, the Circuit Court for the District of Columbia in the Volks II case ruled that the OSH Act only permits OSHA to cite the employer for a record-making violation within the six months after the recording failure.

On December 19, 2016, OSHA issued a rule aimed at undoing the impact of the Volks II opinion by imposing a continuing recordkeeping requirement. However, the late submittal date of OSHA’s rule made it susceptible to reversal under the Congressional Review Act (CRA). As discussed previously, the CRA allows Congress to issue a joint memorandum on regulations that it wants to undo within 60 session days of submission of the regulation. Beyond merely repealing such rules the CRA prohibits an agency from enacting “substantially similar” regulations in the future. The March 1, 2017 vote in the House of Representatives means that upon passage in the Senate and signature by the president, the statute of limitations for recordkeeping violations will return to six months from the occurrence of the violation.

Congress’ use of the CRA is good news for employers and industry as it limits exposure to possible citation by OSHA for recordkeeping violations. However, this action by Congress is limited only to the enforcement window for recordkeeping and will not undo other controversial recent rules such as the Reporting Rule, which mandates electronic filing of 300 logs and limits drug testing and safety incentive programs. Industry groups are pursing multiple lawsuits seeking to vacate the Reporting Rule, but, so far, the courts have refused to stay or limit enforcement of the rule. 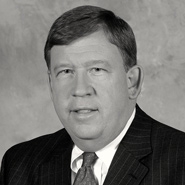