As required by an additional 2015 legislative mandate, the agency is attempting to translate originally-enacted statutory civil penalty amounts to today’s dollars and rounding statutory civil penalties to the nearest dollar. The rule does not necessarily revise the penalty amounts that EPA may choose to seek under its civil penalty policies in a particular case. Those decisions will continue to take into account a number of fact-specific considerations, such as the seriousness of the violation, the violator’s good faith efforts to comply, any economic benefit gained by the violator as a result of its noncompliance, and a violator’s ability to pay.

Following the effective date of the rule, maximum penalties for EPA enforcement actions under the CAA will nearly double the amount originally prescribed by the Act. Since the 2015 legislative mandate dictates exactly how agencies must adjust maximum civil penalties, EPA has no discretion to vary the amount of the adjustments based upon public comment. Consequently, the rule became effective on August 1, 2016 without a public comment period. 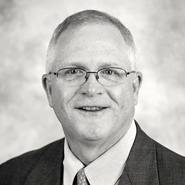