Acting Food and Drug Administration (FDA) Commissioner Norman Sharpless has issued a statement warning Americans to stop using vaping products that emit THC until further testing can be done. Federal and state public health agencies, including the FDA, have been investigating an unprecedented wave of 1,000-plus cases of severe lung injuries and deaths among consumers who claimed they used vaping products containing THC, nicotine, or both. According to the FDA’s statement, the agency will continue collaborating with states to investigate the actual cause of what some are calling a public health crisis.

Vaping products serve as a popular substitute for traditional smoking products, as they heat nicotine, THC, flavorings, and other chemicals to create an often odorless water vapor inhaled through hand-held devices. According to the Center for Responsive Politics, the U.S. market for e-cigarettes is expected to reach $16.5 billion by 2024. As a result, some companies specializing in nicotine liquids and THC vape cartridges have emerged to meet demand for portable, discreet, and sometimes high-inducing vaping devices. There has also been an exponential growth in black-market activity, which could be the real threat to public health.

According to the Center for Disease Control (CDC), as of Oct. 17, 2019, 1,479 lung injury cases associated with the use of e-cigarettes and THC vaping products have been reported from 49 states and one U.S. territory. Among these reports are 33 deaths across 24 states linked to what appears to be chemical exposure. These findings are the result of a multistate investigation into lung illnesses launched on Aug. 1, 2019. In addition to collecting information from states, the CDC has encouraged the public to stop using e-cigarettes and other vaping products, or monitor symptoms closely and report them to local poison control centers and/or their health care physicians.

Echoing the CDC warning, the FDA cautioned against products containing THC in the consumer warning it issued stating, “…while no one compound or ingredient has emerged as a singular culprit, we do know that THC is present in most of the samples being tested...” Although the FDA acknowledges it currently lacks enough data to identify the cause, or causes, of the lung injuries in these cases, the agency nonetheless warned consumers not to purchase any vaping products off the street or from other illicit channels. As the investigation continues, the agency will conduct its own analyses as well as rely on data from published scientific reports.

CannaSafe, a cannabis-testing lab in California, claimed in a recent Wall Street Journal Article that out of 12 samples of black-market THC vaping products, all contained pesticides and some contained heavy metals or lead. For this reason, companies that have voluntarily complied with Good Manufacturing Practices (GMP) required by the FDA strenuously argue the key to protecting the public is not to ban all vaping products but rather focus on curbing the influx of unregulated black-market producers. Despite the growing support for legal hemp and marijuana on the state level, companies that operate within the legal guidelines are still waiting for the FDA to promulgate commonsense regulation of the cannabis industry. The FDA consumer warning comes just weeks after the SAFE Banking Act (a bill protecting financial institutions that serve legitimate cannabis-related businesses from federal prosecution) passed the House of Representatives, marking an important move toward comprehensive federal marijuana policy. With 33 states and the District of Columbia already enacting medical marijuana legislation, 11 states passing recreational marijuana laws, and at least 47 states enacting legislation authorizing the cultivation and production of hemp, some argue the FDA’s inaction on this issue has created the vacuum that allowed illicit sales of potentially dangerous products to flourish on the black market and reach consumers.

In light of the recent flurry of FDA activity, including warning letters and the FDA statement, e-cigarette and cannabis product manufacturers can expect more vigilant oversight by the FDA. Now is the time to proactively conduct audits to assess adherence to GMP standards and review marketing and promotional activities to assure compliance with federal and state requirements. Consult your Dinsmore attorney for more information on what this FDA consumer warning means for your company or to discuss how to develop an audit and compliance plan in preparation for an FDA inspection. 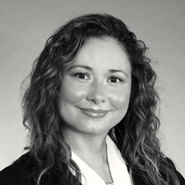