Impact on European and UK IP Protection After the Brexit Vote

As you may have heard, on June 23, 2016 the UK voted in favor of leaving the European Union in a historic public vote known as the Brexit. The impact of this decision has caused great uncertainty for companies and law firms across the world as to the impact on intellectual property protection in the EU and UK in the coming years. As no nation state has ever left the EU, there is no clear path for transition when it comes to intellectual property rights, but we can tell you the following.

No Immediate Changes to IP Protection in the UK

First, it’s important to note that the Brexit vote did not take immediate effect. The vote simply started the process of UK’s withdrawal. Under Article 50 of the Lisbon Treaty, the process of withdrawal will likely take a minimum of two years once notice is given by the UK government. Prime Minister David Cameron will be stepping down by October and has already stated he will likely leave it to his successor to invoke Article 50. Therefore, even with the Brexit vote there has been no immediate change to intellectual property protection in the UK.

Fundamentally the European patent system, which includes the UK, will be unaffected. The UK will remain a part of the EPC after Brexit, and UK patent protection will be obtainable via a European patent application in the same way it is now. The UK’s membership of the PCT system is also independent of EU membership, and both UK national-phase filings and European regional-phase filings based on PCT applications will remain entirely unaffected. Patent applications filed directly with the UK Intellectual Property Office (UKIPO) will be unaffected.

Patent term extension for medicinal, veterinary and plant protection products in the form of Supplementary Protection Certificates (SPCs) would need to revert to new UK law as they are currently based upon EU Regulations. Our foreign associates state that given the complexities and controversies of recent CJEU decisions in the field of SPCs, it is likely that the UK would seek to improve the current system with a radical overhaul.

The departure of the UK from the EU will likely have a greater impact on the protection of trademarks and designs. As of today, registration of a trademark with the European Union Intellectual Property Office (EUIPO) covers all member states, including the UK. However, once the withdrawal is complete EUIPO filings will no longer provide protection in the UK.

Our foreign associates tell us that it is highly likely transitional processes will be put into place to allow for the conversion of EUIPO registrations into a UK right while preserving the original application date. It is unknown at this time if such a conversion process will be automatic or require re-registration. These details will become clearer once the Article 50 notice is given and negotiations begin between the UK and the EU.

In the meantime, our foreign associates advise continuing to file applications with the EUIPO. Clients who are heavily active in the UK may also want to consider filing a parallel application for trademark protection in the UK.

We will remain vigilant as the situation develops and keep you apprised of all updates as more information becomes available. In the meantime, if you have any questions or wish to evaluate your European IP portfolio, please don’t hesitate to contact one of Dinsmore’s IP attorneys. 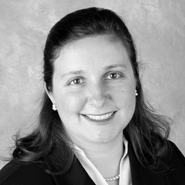 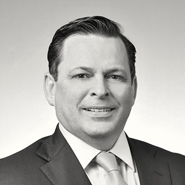