Is Hope Ahead? Paths to Defeating a Rash of Anti-Trans Legislation

Dinsmore real estate associate Sam Brinker was recently published in Bar Briefs, the Louisville Bar Association's monthly publication. He wrote on his experience as a transgender man and what paths may be considered to defeat the many pieces of anti-trans legislation circulating the country. Read an excerpt below.

Increasingly and across the country, legislation has been introduced that would: (i) prohibit or limit access to health care for transgender youth (by, for example, banning the use of puberty blockers); (ii) require identification documents to reflect a person’s gender-assigned-at-birth (regardless of how that person identifies); and (iii) exclude transgender athletes from participating in sports amongst groups of athletes that are consistent with their gender identities. The areas of trans lives that are, thusly, under attack span from health care, to sports, and even simple forms of identification.

Sixty-six percent of adults polled oppose legislation that would prohibit transition-related medical care for minors while only 28 percent support it. Moreover, 67 percent of adults oppose legislation that would bar transgender student athletes from joining sports teams that correspond to their gender identities. In response, the United States Congress is considering the 2021 Equality Act, which would prohibit discrimination based upon sex, sexual orientation and sexual identity. This legislation passed the House of Representatives on Feb. 25, 2021 and is currently being considered by the Senate Judiciary Committee.

Although the Equality Act may hold the key to many locks, it hasn’t been passed. So the rash of anti-trans legislation begs the question: Does the hope of defeating the regulation of so many aspects of trans existence lie in the Constitution? It might. In some cases related to anti-trans policies, the equal protection clause had already been invoked.

Download the PDF above to read the full article. 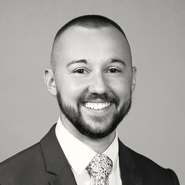