On March 9, 2018, revisions to the requirements for new and existing indirect heat exchangers contained in 401 KAR 59:015 and 401 KAR 61:015 became effective. Indirect heat exchangers with a heat input capacity greater than one million Btu/hour (MMBtu/hour) are subject to either 401 KAR 59:015 (new sources) or 401 KAR 61:015 (existing sources). The classification as new or existing depends upon when the indirect heat exchanger was installed. Based on input from the regulated community, both regulations have been revised to establish work practice standards that apply during startup and shutdown in lieu of the numeric emission limits contained in the regulations.

Since these regulations were adopted, federal standards under 40 CFR Part 63 have been issued for certain types of indirect heat exchangers. Specifically, National Emission Standards for Hazardous Air Pollutants (NESHAP) for industrial, commercial and institutional boilers and process heaters have been issued at Subpart DDDDD. A NESHAP for the same category of boilers and process heaters at area sources has been issued at Subpart JJJJJJ. (Area sources are sources that emit less than 10 tons of a single HAP and less than 25 tons of combined HAP.) Finally, a NESHAP was issued for coal- and oil-fired electric utility steam generating units in Subpart UUUUU (also known as MATS).

Sources that are not subject to one of the referenced NESHAP are expected to comply with certain general requirements during startup and shutdown. The source must comply with the provisions of Section 2(5) of 401 KAR 50:055 which establishes a general obligation to maintain and operate affected facilities and associated air pollution control equipment consistent with good air pollution control practice for minimum emissions. The source must also minimize the frequency and duration of startups and shutdowns and must take all reasonable steps to minimize the impact of emissions during startup and shutdown on ambient air quality. The source must document the actions it is taking including noting the length of startup and shutdown, through signed, contemporaneous logs or other relevant evidence. In addition, startups and shutdowns must be conducted according to either the manufacturer’s recommended procedures or recommended procedures for a similar unit for which manufacturer’s recommended procedures are available, as approved by the Cabinet based on documentation provided. This provision was included in recognition that some facilities may no longer have available the manufacturer’s recommended procedures for their units and as long as the procedures for a similar unit are used and the Cabinet has an opportunity to review and approve those, compliance with those work practices should be deemed sufficient.

Also for sources that are not subject to one of the above-listed NESHAP, the Kentucky regulations were revised to contain a definition of startup and a definition of shutdown. Startup is defined as the period beginning with either (a) combustion of fuel for the purpose of supplying useful thermal energy for heating, cooling, process purposes or to generate electricity, or (b) combustion of fuel for any purpose after a shutdown. The regulation specifies that startup ends after the longest manufacturer-recommended time required to engage all control devices applicable to the pollutant, not to exceed four hours after any of the useful thermal energy from the affected facility is supplied for any purpose. In response to a comment that the imposition of the four hour time limit on startup was inappropriate and should be deleted, the Cabinet stated the general definition only applied to a subset of area sources which are not covered by the 40 CFR Part 63 regulations. The Cabinet when on to state: “The startup periods for these area sources are typically shorter in duration than the 4-hour time limit. Therefore, the Cabinet retains the 4-hour limit to be consistent with startup requirements in federal regulations.” The Cabinet also declined to revise the startup definition by deleting the phrase “applicable to the pollutant” regarding a control device. The Cabinet’s reasoning was that control devices are pollutant specific and therefore the time necessary to fully engage the control device based on manufacturer’s specifications will vary.

The proposed amendments to the regulations were published in the October 1, 2017 Kentucky Administrative Register. In response to comments, the Cabinet made revisions and published the amended regulations in the January 1, 2018 Kentucky Administrative Register. As noted above, the changes became final as a matter of state law on March 9. However, they are not yet effective as part of the SIP until EPA approves a revision of the SIP at which time they will become federally enforceable. In response to comment, the Cabinet stated it does not intend to reopen permits based on the changes to 401 KAR 59:015 or 401 KAR 61:015. Instead, the Cabinet expects to incorporate these requirements as applications for revisions and renewals are processed even before EPA approval of the amended regulations into the SIP. 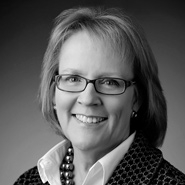