MACT “Once In Always In” Withdrawn by EPA

Consistent with the Trump administration agenda, on January 25, 2018, EPA issued a memorandum withdrawing its 1995 policy that set timeframes before which facilities were required to take an enforceable limit to avoid being considered major for purposes of maximum achievable control technology (MACT) standards to control hazardous air pollutants (HAP) under Clean Air Act (CAA) Section 112. The 1995 policy also determined sources considered major on the first compliance date were required to permanently comply with the applicable MACT standard. The current administration has determined the 1995 policy is contrary to the plain meaning of the CAA and therefore had to be withdrawn.

The 1995 memorandum acknowledged the CAA does not “directly address a deadline for a source to avoid requirements applicable to major sources through a reduction of potential to emit” but found the EPA interpretation at the time was consistent with the language and structure of the CAA. EPA thus determined an existing source would be allowed to switch to area source status at any time until the first date it was required to comply with an emission limitation or other regulatory requirement in the applicable MACT. Because the CAA requires new sources to be in compliance with a MACT standard on the promulgation date of the standard or upon startup, whichever is later, EPA determined new sources would be required to obtain a federally enforceable limit prior to the promulgation date of the standard or startup, whichever is later.

Once the facility was a major source on the first compliance date, the 1995 policy required it to permanently comply with the MACT standard to assure permanent reductions and not undermine the health and environmental protection provided by the MACT standards. “In many cases, application of MACT will reduce a major emitter’s emissions to levels substantially below the major thresholds. Without a once in, always in policy, these facilities could ‘backslide’ from MACT control levels by obtaining potential-to-emit limits, escaping applicability of the MACT standard, and increasing emissions to the major-source threshold (10/25 tons per year).” EPA believed this “once in always in” (OIAI) policy flowed naturally from the language and structure of the CAA. In contrast the 2018 memorandum notes that two prior regulatory actions, neither finalized, proposed to eliminate the 1995 guidance and noted comments that the OIAI was a disincentive for facilities to identify and undertake HAP emission reduction projects. EPA sees the current action as a meaningful incentive to undertake such projects.

The 2018 EPA analysis finds any reference to compliance dates of a MACT standard “notably absent” from the CAA definitions of “major source” and “area source.” EPA believes since the definition of major source includes consideration of controls, the definition indicates a source should be able to change to an area status regardless of the time the controls are added. “Congress placed no temporal limitations on the determination of whether a source emits or has the PTE HAP in sufficient quantity to qualify as a major source. To the extent the OIAI policy imposed such a temporal limitation (i.e., before the “first compliance date”), EPA had no authority to do so under the plain language of the statutes.” EPA reads the CAA definitions for major and area sources to be unambiguous and thus the agency is without authority to expand the definitions to include an “artificial” time frame. Thus, EPA now reads the CAA as not requiring a source to take an enforceable limit prior to the first compliance date in order to be determined an area source or that a major MACT standard should continue to apply should a source take an enforceable limit to reduce PTE after the first compliance date.

The 2018 memorandum withdrawing the 1995 policy became effective on February 8, 2018 when it was published in the Federal Register. EPA expects to publish a Federal Register notice to take comment on regulatory language to reflect its reading of the statutory definitions. “EPA has now determined that a major source which takes an enforceable limit on its PTE and takes measures to bring its HAP emissions below the applicable threshold becomes an area source, no matter when the source may choose to take measures to limit its PTE. That source, now having area source status, will not be subject thereafter to those requirements applicable to the source as a major source under CAA section 112, including, in particular, major source MACT standards—so long as the source’s PTE remains below the applicable HAP emission thresholds.”

Environmental groups filed a petition for review of the agency’s action with the Court of Appeals for the D. C. Circuit on March 26, 2018. California, through its Air Resources Board and attorney general, also filed a petition for review on April 9, 2018. While facilities can choose to take actions relying on the 2018 interpretation, the litigation outcome or a future change in administration could result in a reversal of or amendment to this rollback. Facilities choosing to reduce their PTE in reliance on the 2018 memorandum should consider working with their state agency to develop adequate monitoring and recordkeeping to fully document their reductions should the federal policy shift once more. 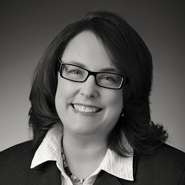