Earlier this year, Governor John Kasich signed into law Senate Bill 27, which amended several sections of the Ohio Revised Code, making Ohio the 35th state in the nation to enact “cancer presumption” legislation for firefighters. The new law takes effect April 14, 2017. In essence, a firefighter assigned to at least six years of hazardous duty, who becomes disabled as a result of certain cancers, is presumed to have incurred the cancer from performing his official duties. However, the presumption is rebuttable if there is evidence: 1) the firefighter incurred the type of cancer being alleged before becoming a member of the department; 2) the firefighter’s exposure to “cigarettes, tobacco products, or other conditions presenting an extremely high risk for the development of the cancer alleged, was probably a significant factor in the cause or progression of the cancer”; 3) the firefighter was not exposed to an agent classified as a group 1 or 2A carcinogen; or 4) the firefighter is 70 years of age or older. Moreover, the presumption does not apply if it has been more than 20 years since the firefighter was last assigned to hazardous duty as a firefighter.

While it remains to be seen what impact the new legislation will have in Ohio, in other states where similar legislation was enacted, a significant number of claims were filed in the first year. The medical and legal determinations of what causes any specific individual to develop cancer are quite complex and are very case specific. Because the vast majority of these claims will be filed against state fund employers, it will be extremely important to have all favorable medical or other evidence submitted before the state has the claim reviewed by a medical specialist and a tentative order is issued. We highly recommend employers promptly and carefully review the background on each individual claim and have the complete file evaluated by a qualified medical expert before any decisions are made concerning how to best respond to a firefighter cancer claim. 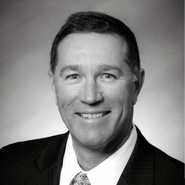