First, creditors may experience difficulty even finding the new form due to a change in name: the form previously known as B10 is now Official Form 410. Upon locating the form, creditors will notice an obvious stylistic difference which was intended to make the form “easier to read and, as a result, likely to generate more complete and accurate responses” according to the Advisory Committee on Bankruptcy Rules which spearheaded the efforts to change the form.1

Mortgage creditors will additionally notice changes to the supplemental mortgage forms that were first required in 2011 for residential mortgage loans. Like form B10, supplemental mortgage forms, forms B10A, B10S1 and B10S2 have been renamed 410A, 410S1 and 410S2. According to the Committee, “There are formatting changes throughout the forms.”2 Creditors will immediately appreciate this observation upon completing Form 410A for the first time.

Among other revisions, the new form incorporates provisions of Rule 3001(c)(2) of the Federal Rules of Bankruptcy Procedure which require “an itemized statement of the interest, fees, expenses, or charges” by providing a form payment history for completion. This is probably the most substantial change to the form. According to the instructions for Form 410A, creditors “must list all transactions on the claim from the first date of default to the petition date.”3 Depending on the history of payment, this could be a daunting task. It is possible that many courts and trustees will allow creditors to supply their own payment histories as attachments in lieu of completing the chart provided on form 410A, but the instructions for Form 410A do not contemplate that option; the instructions provide: “If more space is needed, fill out and attach as many copies of Mortgage Proof of Claim Attachment: Additional Page as necessary.”4 An active trustee or debtor’s attorney could attempt to challenge a claim if the approved form is not used.

While new forms 410S1 and 410S2 contain few substantive changes, creditors will want to ensure that they observe all requirements of the new forms, the Federal Rules of Bankruptcy Procedure and any relevant local rules. 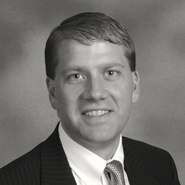