Nursing Homes Beware: Government Enforcement Is On The Rise

Federal and state government enforcers have been turning their focus to nursing homes, skilled nursing facilities, and other long-term care facilities. While this enforcement priority is not tied specifically to the COVID-19 pandemic, facilities can expect additional scrutiny as they are considered “ground zero” for infections.[i] This prompted the Center for Disease Control (“CDC”) to issue a preparedness checklist[ii] and for the Centers for Medicare & Medicaid Services (“CMS”) to issue guidance specific to containing outbreaks in facilities.[iii]

As we recently discussed here, this government enforcement focus includes, by way of example, actions and investigations by the Occupational Safety and Health Administration (“OSHA”) and Department of Labor (“DOL”). Several other government enforcement agencies also should be considered as these facilities look for ways to minimize the risk of enforcement.

In November 2019, the U.S. Department of Health and Human Services Office of Inspector General (“OIG”) submitted a statement of record to the U.S. House Committee on Ways and Means titled “Caring for Aging Americans” (Statement of Record),[iv] in which it detailed its ongoing efforts to combat fraud, waste, and abuse, as well as to protect federal health care program beneficiaries from abuse and neglect. The OIG uses a variety of tools including data analysis, audits, evaluations, and investigations to achieve its goals. The OIG detailed in the Statement of Record its findings from a number of audits and reviews, stating that “an alarming number of residents are subject to costly medical harm, unsafe conditions, and abuse and neglect, much of it preventable with better practices and oversight. . . With an aging population and heightened focus on value-driven care, it is increasingly critical that Federal and State funds are used to purchase safe, high-quality care for vulnerable elderly and disabled patients.” The OIG further stated that it would “continue to leverage our analytic, investigative, and oversight tools” to protect this vulnerable population.

In May 2020, the OIG updated its plans to conduct several reviews relevant to nursing facilities, including several related to the COVID-19 pandemic. The OIG plans to, among other items, (i) evaluate onsite surveys being conducted in nursing homes related to serious complaints and targeted infection control,[v] and (ii) conduct an audit of nursing home infection prevention and control program deficiencies to determine whether nursing homes have programs for infection prevention and control and emergency preparedness in accordance with Federal requirements.[vi]

While it is unclear how the government will define “grossly substandard care,” enforcement likely will include actions under the False Claims Act (“FCA”), which can be brought by qui tam whistleblowers. Other powerful tools in the DOJ’s arsenal include the Anti-Kickback Statute, health care fraud, mail and wire fraud, and conspiracy allegations. Violations can result in civil, criminal, and administrative sanctions.

Notably, the DOJ announced that at least thirty investigations of nursing facilities in nine states were underway as of March 2020. The DOJ subsequently announced in April 2020 that it was investigating whether a state-funded nursing facility for military veterans in Massachusetts failed to provide adequate medical care to veteran residents.[ix] The DOJ stated that the investigation will be conducted under the Civil Rights of Institutionalized Persons Act (“CRIPA”), which “gives it the authority to investigate violations of the U.S. Constitution and federal law that result from a ‘pattern or practice of resistance to the full enjoyment of such rights’ in state-run institutions, including nursing facilities.”

Nursing facilities also should be aware of the possibility for independent and parallel investigations by state government enforcers that can subject the facility to additional civil and criminal sanctions. For example, the Massachusetts Attorney General’s Office announced it was separately investigating the same state-funded nursing facility as the DOJ due to a coronavirus outbreak at the facility.[x] These investigations were further joined by separate investigations by the state governor through an independent investigator and the Massachusetts Inspector General.[xi]

It is critical for facilities to remain vigilant in their business activities to ensure compliance with federal and state laws, regulations, guidance, and industry standards. Facilities should adopt policies and procedures to encourage employees and other third parties to report potential violations or quality-of-care concerns. These reports should then be promptly and effectively investigated to identify and address any such violations or issues.

The facility’s compliance program also should be regularly updated to address standards issued by the CDC, CMS, and other federal and state agencies related to infection prevention, identifying and responding to COVID-19 outbreaks, mandatory reporting, and other key priority areas. Additionally, facilities should conduct routine auditing and monitoring of key risk areas, including quality-of-care issues. 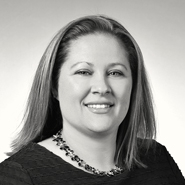