On June 10, 2016, the Ohio Ethics Commission (Commission) issued Advisory Opinion 2016-01 entitled “Restrictions on Public Officials Employed by Entities that Receive Public Financial Assistance.” While the opinion seeks to provide clarity on a few different provisions of Ohio Revised Code (R.C.) section 2921.42, it concentrates on subsection (A)(3). Generally stated, that provision prohibits public officials from profiting through public contracts. The opinion also examines the effect of a provision on the potential employment of a public official with an entity that receives financial assistance from the public body on which the official serves.

The general prohibition against a public official profiting from a public contract is set forth in R.C. 2921.42(A)(3), which reads as follows:

No public official shall knowingly do any of the following:

During the public official’s term of office or within one year thereafter, occupy any position of profit in the prosecution of a public contract authorized by the public official or by a legislative body, commission, or board of which the public official was a member at the time of authorization, unless the contract was let by competitive bidding to the lowest and best bidder.

The Commission has broadly interpreted “public contracts” to include a public agency’s “provision of financial assistance, including but not limited to, grants, loans, and tax abatements, to a for profit or nonprofit corporation, company, or other entity from which, in return, the public agency acquires desired community services, regardless of whether the financial assistance is derived from state, federal or other moneys.”

However, the Commission has made clear that the prohibition contained in R.C. 2921.42(A)(3) does not apply to public officials who serve nonprofit corporations in uncompensated positions, such as certain board memberships, no matter the amount of assistance that the nonprofit receives from the public agency on which the official serves. In these circumstances, the public official does not occupy a position of profit.

Prior Commission Opinions on Employment of Public Officials

The Commission has previously released a series of Advisory Opinions stating that R.C. 2921.42(A)(3) prohibits a public official, during his or her term of office and one year after leaving office, from accepting employment with any entity that is “dependent” upon the financial assistance received from the public agency. In attempting to clarify the term “dependent”, the Commission determined that the statute prohibited the public official from employment in a fiduciary position with any entity that has entered into a contract with the public agency, when the contract was not competitively bid and awarded to the lowest and best bidder, and when:

“(1) the corporation’s establishment or operation is dependent upon receipt of the contract;

(2) the creation or continuation of his or her employment with the corporation is dependent upon the award of the contract;

(3) the official’s compensation is dependent upon the award of the contract because the corporation uses the contract’s proceeds to compensate him or her or as a basis for his or her compensation; or

(4) the official would otherwise profit from the contract.”

The Commission also has previously determined that if any entity receives 25 percent or more of its funding for a year from a public agency, absent a showing to the contrary, that the establishment or operation of that entity is “dependent” on such public funds.

In the new Advisory Opinion, the Commission examined its previous determinations on R.C. 2921.42(A)(3), particularly the 25 percent test discussed above. The Commission concluded that the determination of whether a corporation was “dependent” on public assistance should be based on “a totality of the situation’s facts and circumstances, including, but not limited to: (1) the amount and nature of the financial assistance that the for profit or nonprofit corporation, company, or other entity receives from the public agency and (2) the proportional effect that the financial assistance has upon its operation.”

The Commission also maintained its prior guidance concerning R.C. 2921.42(A)(3), as discussed above. Most importantly, the Commission stated that the 25 percent figure would continue to serve as a rebuttable presumption of an entity’s dependence upon public funding. This means that it is presumed that any public official receiving compensation from a nonprofit or for profit that receives at least 25 percent of its funding from the public agency the official serves on violates RC 2921.42(A)(3), unless such official can prove otherwise based on a totality of the situation’s facts and circumstances. This rule applies to the period of time that the official serves the public agency and for a full year after. 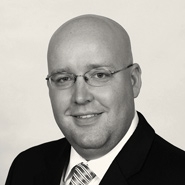