The Ohio Supreme Court recently upheld a trial court decision that a health care provider’s statements of fault or admissions of liability made during the course of apologizing to a patient’s family were protected under Ohio’s apology statute, R.C. 2317.43. This decision broadens the definition of apology under Ohio law and provides greater protection to health care providers who make statements of apology. Stewart v. Vivian, Slip Opinion No. 2017-Ohio-7526.

The case involves medical treatment of Michelle Stewart, who was admitted to the psychiatric unit at Mercy Hospital Clermont after an apparent suicide attempt. Dr. Rodney E. Vivian was the admitting physician and ordered a staff member to observe Stewart every 15 minutes to prevent additional suicide attempts while Stewart was in the hospital. The next day, Stewart’s husband found her hanging unconscious in her room. She was then placed on life support. During this time, Dr. Vivian visited Stewart’s room and spoke to several family members.

Stewart never recovered from her attempted suicide and died several days later. Stewart’s husband filed a lawsuit against Dr. Vivian and made claims of medical malpractice, wrongful death and loss of consortium. At trial, Dr. Vivian moved to exclude statements he made to family members after Michelle Stewart’s suicide attempt in the hospital, claiming protection under R.C. 2317.43. The apology statute provides that “any and all statements, affirmations, gestures, or conduct expressing apology, sympathy, commiseration, condolence, compassion, or a general sense of benevolence that are made by a health care provider or an employee of a health care provider to the alleged victim, a relative of the alleged victim, or a representative of the alleged victim, and that relate to the discomfort, pain, suffering, injury, or death of the alleged victim as the result of the unanticipated outcome of medical care are inadmissible as evidence of an admission of liability or as evidence of an admission against interest” in a civil action. R.C. 2317.43(A).

There was conflicting testimony about the actual statements made by Dr. Vivian. Michelle’s sister claimed “Dr. Vivian just walked in through the door * * * and walked over to—toward the end of Michelle’s bed, and kind of stood for a moment and then just said, so what do you think happened here? And I believe Dennis responded and ex—and said, well, obviously she tried to kill herself. And [Dr. Vivian] said, yeah, she said she was going to do that. She told me she would keep trying.” 14. Stewart’s husband testified “I just remember him saying that he didn’t know how it happened; it was a terrible situation, but she had just told him that she still wanted to be dead, that she wanted to kill herself.” 15. The trial court ruled in favor of Dr. Vivian, excluding his statements under R.C. 2317.43. In doing so, the trial court found Dr. Vivian’s statements were an “attempt at commiseration” and, thus, inadmissible under the apology statute.

The trial court’s decision was appealed to the Twelfth District Court of Appeals. Stewart’s husband claimed Dr. Vivian’s statements were not “pure expressions of apology” and, as such, were admissible. The Court of Appeals found the apology statute was ambiguous and proceeded to look at the statute’s legislative history. The Court of Appeals affirmed the decision of the trial court and concluded the intent of the apology statute was to protect all statements of apology, even admissions of fault.

The Twelfth District’s decision was in direct conflict with a 2011 decision out of the Ninth District. In Davis v. Wooster Orthopedics & Sports Medicine, Inc., 192 Ohio App.3d 581, 2011-Ohio-3199, 952 N.E.2d 1216 (9th Dist. 2011), the court held the statute only protects pure expressions of apology, commiseration or sympathy, not admissions of fault or guilt. The Ninth District also found the statute to be ambiguous and looked at the other statements that were enumerated in the statute as being protected, as well as the statute’s legislative history, to determine statements of fault were not intended by the Ohio Legislature to be protected.

The Ohio Supreme Court disagreed with both Courts of Appeals and held that the apology statute, R.C. 2317.43, is not ambiguous. For an unambiguous statute, inquiry into legislative history and public policy is inappropriate. As such, the court looked to the language of the statute itself to determine its intent. If a term is undefined in a statute, the term is given its common, everyday meaning. The term “apology” was not defined in R.C. 2317.43, so the court considered the dictionary definition of the term.

The Supreme Court determined “apology” under R.C. 2317.43, meant a “statement that expresses a feeling of regret for an unanticipated outcome of the patient’s medical care and may include an acknowledgement that the patient’s medical care fell below the standard of care.” Stewart v. Vivian, Slip Opinion No. 2017-Ohio-7526 ¶ 31. On this reasoning, the Supreme Court held Dr. Vivian’s statements were protected under Ohio’s apology statute and were inadmissible at trial as evidence of liability.

This decision broadens the protections afforded to health care providers when making an apology to a patient or patient’s family. An apology may now include an admission of fault and still be protected under R.C. 2317.43.

If you have any questions as to how this decision might impact your practice, or if you would like more information on Ohio’s apology statute, please contact your Dinsmore health care attorney. 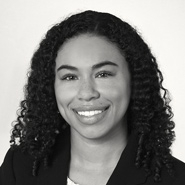