December 19, 2016 – Articles
Jacob Dobres, Joan M. Verchot
Share This Page
The Ohio Industrial Commission does not have authority to award an injured worker permanent partial disability (PPD) compensation when the worker has been previously found to be permanently and totally disabled (PTD) in the same claim. On December 8, 2016, the Ohio Supreme Court held that an injured worker cannot receive PPD when there had been a prior award of PTD in the same claim.

The Industrial Commission initially denied Redwine’s PPD application based on a lack of statutory authority for concurrent awards of PPD and PTD. The District Hearing Officer noted that the physical and psychological conditions were the result of the same workplace injury and held that caselaw prohibited Redwine from receiving PPD and PTD simultaneously.

However, on reconsideration, an Industrial Commission Staff Hearing Officer concluded that Redwine could receive PPD concurrently if it was based on conditions that were not the basis for the prior finding of PTD.

Redwine’s employer appealed, and the Franklin County Court of Appeals concluded that, because the psychological condition formed the basis of the PTD award, Redwine’s physical conditions could be the basis for an award of PPD. The Ohio Supreme Court disagreed.

The Ohio Supreme Court began its analysis by discussing the differences between PPD and PTD. The former compensates an injured worker for “the percentage of the employee’s permanent disability…based upon that condition of the employee resulting from the injury or occupational disease and causing permanent impairment.” The latter compensates an injured worker when “the allowed conditions either alone or with nonmedical disability factors render the claimant unable to do sustained remunerative work.” The Supreme Court contrasted the purpose of PPD (compensating injured claimants who can still work) with the purpose of PTD (compensating an injured worker who cannot return to work.)

The Redwine court discussed two “limited instances” where Ohio’s General Assembly has provided for payment of concurrent awards. However, the court noted that nothing “expressly authorizes concurrent payment of permanent-partial-disability and permanent-total-disability compensation.” Accordingly, the court held that “the conspicuous absence of any reference to concurrent payment of benefits in the statute ‘evinces a legislative intent to prohibit simultaneous receipt of these benefits.’” Finding no statutory basis for concurrent benefits, the court rejected Redwine’s call for a “liberal construction” of the PPD and PTD laws in her favor holding that the code does not authorize courts to alter the meaning of unambiguous statutory language.

If you have any questions about PPD or PTD laws, please contact your Dinsmore attorney. 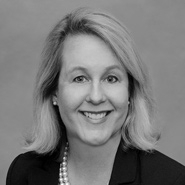