Preparing for the 2014 Proxy Season

With the proxy and annual reporting season just around the corner, public companies need to be alert to this year’s regulatory developments. Below is a summary of current and anticipated changes that may impact reporting requirements in the coming year.

NYSE. The NYSE rules now require the board of directors to consider the following when addressing the independence of any director who will serve on the compensation committee:

In addition, companies must also consider whether the director is affiliated with the company, a subsidiary or an affiliate of a subsidiary to determine whether such affiliation would impair the director's judgment as a member of the compensation committee.

Neither the NYSE nor NASDAQ rules make receipt of any type of compensation, a bar to serving on the committee if the board is satisfied that the director meets the independence requirements. Similarly, affiliate status is not a bar to independence either. When considering the director’s affiliation with the company for purposes of independence, companies should document (e.g. in the board’s minutes) their consideration of whether the affiliate relationship places the director under the direct or indirect control of the company or its senior management, or creates a direct relationship between the director and members of senior management, in each case, of a nature that would impair the director’s ability to make independent judgments about the company’s executive compensation.

Before engaging a compensation adviser, the committee must take into consideration the following factors:

NASDAQ companies must certify their compliance with the new compensation committee rules to NASDAQ no later than 30 days after the earlier of the company’s first annual meetings after January 15, 2014 or October 31, 2014. It is expected that NASDAQ will make the appropriate certification form for this purpose available on the NASDAQ website by early 2014.

The remaining provisions of the listing rules, including compensation committee member independence and the adoption of a formal committee charter that complies with the new listing rules, will need to be in place by the earlier of the first annual meetings that occurs after January 15, 2014 or October 31, 2014.

The leading proxy advisory firm, Institutional Shareholder Services Inc. (“ISS”), annually issues policies which can impact companies’ proxy materials. Some of the most significant ISS policies relating to the 2014 proxy season are listed below.

Board Responsiveness to Majority-Supported Shareholder Proposals

In last year’s update, ISS announced, beginning in 2014, the trigger for evaluating a board’s response to a shareholder proposal would be if such proposal received the affirmative vote of a majority of the shares cast in the previous year.

The full 2014 ISS Policy Update can be found here.

ISS also proposed to simplify the pay-for-performance quantitative screen. Under current ISS policy, when analyzing pay-for-performance alignment, one of the factors ISS considers is the relative degree of alignment (“RDA”) between the company’s total shareholder return rank and the CEO’s total pay rank within a peer group, measured over a one-year and three-year period.

In an effort to decrease the effects of volatility and the timing of equity awards under the current policy, going forward ISS will calculate the RDA measured over a single three-year period, eliminating the consideration of the one-year period.

Long awaited rules regarding pay for performance, claw-back policies and hedging policies still have not been proposed by the SEC. A summary of those topics can be found in last year’s proxy update. However, in September 2013 the SEC published proposed CEO pay ratio rules pursuant to a Dodd-Frank mandate.

Pay ratio disclosure will not be required for the 2014 proxy season, and the final rule is unlikely to require action until 2016. However, public companies should familiarize themselves with the proposal. More information can be found here.

Under the proposal, public companies would have to disclose the median of the annual total compensation of all employees other than the chief executive officer, the annual total compensation of the chief executive officer and the ratio of these amounts. As proposed, smaller reporting companies would not be subject to the pay ratio requirement. 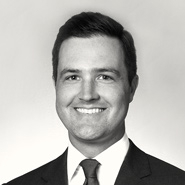