On January 27, 2017, President Donald Trump signed an Executive Order titled, “Protecting the Nation from Terrorist Attacks by Foreign Nationals.” The stated purpose of the order is to increase screening of foreign nationals to better detect those individuals with “hostile attitudes” and potentially terroristic intents.

From a big picture perspective, the Executive Order makes the following changes:

1) Diverts substantial federal agency time and resources to implementing additional screening procedures aimed at gathering more in-depth intelligence information on individuals and country conditions. This information will be used to verify the identities of individuals seeking immigration benefits and determine whether the individuals pose security or public safety threats.

2) Prevents entry into the United States for 90 days by foreign nationals and individuals who have ties to countries that are “detrimental to the interests of the United States.” At present, the country list includes Iran, Iraq, Libya, Somalia, Sudan, Syria, and Yemen. Additional countries may be added if intelligence information indicates that there are significant threats posed by or within other foreign countries.

3) Mandates that all foreign nationals must be interviewed before being issued a U.S. visa, on a going-forward basis. The U.S. Department of State is restricted from waiving visa interviews in specific situations, including visa extensions, national interest, or emergency circumstances.

4) Requires a review of international visa reciprocity to determine whether the purpose, length, and cost of U.S. visas are reciprocal to visas issued by foreign countries to U.S. citizens going abroad. If visas are not reciprocal, the U.S. Department of State must adjust the terms of U.S. visas issued to foreign nationals accordingly.

The following questions and answers may be helpful to you and your employees:

Q: What is an Executive Order?

A: Executive orders are official documents through which the President manages the operations of the federal government, pursuant to the executive powers granted by Article II of the U.S. Constitution.

Q: When does this Executive Order go into effect?

A: Executive Orders go into effect immediately, meaning this Order is effective as of January 27, 2017.

Q: How long will the Executive Order remain in place?

A: The Executive Order will remain in place until it is repealed. In practical effect, it has no expiration date.

Q: What does it mean to be “from” Iran, Iraq, Libya, Somalia, Sudan, Syria, and Yemen?

A: Our understanding is that only citizens of these seven countries will be barred from entering the United States. While there has been some lack of clarity about what this means for dual nationals, it appears that dual nationals are being admitted, provided they present a foreign passport (other than one from Iran, Iraq, Libya, Somalia, Sudan, Syria, or Yemen) and valid U.S. visa or other U.S. immigration status document.

For example, a Canadian citizen who was born in Iran and is considered an Iranian citizen as well as a Canadian should be admitted to the United States upon presentation of the Canadian passport and appropriate U.S. immigration status documents.

Q: I am a foreign national from one of the listed countries. What does this mean for me?

A: If you are outside of the U.S., the Executive Order prohibits you from entering the U.S., even if you already have a validly issued U.S. nonimmigrant or immigrant visa. The Executive Order states that exceptions to this ban may be made on a case-by-case basis, but we have no additional information on how such determinations will be made.

Q: I am a foreign national from one of these listed countries, but I am present in the U.S. Is it safe for me to travel?

A: If you are already inside of the U.S., the Executive Order prevents you from re-entering the U.S. after international travel, even if you already have a valid U.S. visa. We advise that you avoid international travel until further notice. If you depart the U.S., you will not be able to return to the U.S.

Q: I am a Lawful Permanent Resident with a valid “green card.” Can I enter?

Q: I am not from one of these countries. Can I still travel abroad?

A: There is no evidence that foreign nationals from countries other than Iran, Iraq, Libya, Somalia, Sudan, Syria, and Yemen are being refused visas or entry. However, the Executive Order indicates that additional countries could be added in the future. Any international travel should be undertaken at your own risk.

If you have a valid visa, you may return but be prepared for possible additional U.S. immigration screening including referral to secondary inspection, as new security procedures are put into place.

If you are applying for a visa at a U.S. consulate or embassy, you may undergo additional screening which could delay visa issuance. Please include additional time in your international travel plans to accommodate the visa application and issuance process.

Q: I am not from one of the listed countries but I have traveled to Iran, Iraq, Libya, Somalia, Sudan, Syria, and Yemen. Does this impact me?

A: It is not clear whether a foreign national who has traveled to one of the seven countries will be detained or refused entry. Continued travel to these regions is not recommended. If you have recently traveled to these countries, please be prepared for additional screening including secondary inspection upon your return to the U.S.

Q: I am applying for a visa abroad. Can I use the U.S. consulate/embassy drop-box (visa interview waiver option) to obtain a new visa?

A: No, the Executive Order requires all applicants to be interviewed for a visa, even when you are seeking a new visa of the same kind that may have recently expired. Please include additional time in your international travel to accommodate the visa application and issuance process which mandates that all U.S. visa applicants undergo an in-person interview.

Q: What happens after the 90-day ban has ended?

Q: I applied for a visa and I received a single entry or shortened duration visa. Is this related to the Executive Order?

A: Yes, the Executive Order requires the U.S. Department of State to amend visa issuance guidelines for foreign countries that have shortened or restricted the travel of U.S. citizens.

With the implementation and enforcement of the Executive Order still evolving, it is important to note that new developments may continue to arise that can impact you, your business, and/or your employees. Please contact your Dinsmore immigration attorney for more information. 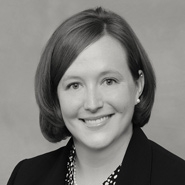