The regulations, which were first released by the IRS on August 2, impact the valuation of ownership interests in family-controlled businesses for transfer tax purposes by expanding certain “applicable restrictions” related to those interests which are to be disregarded in valuing those interests.

If adopted, the proposed regulations will apply to all business entities, including corporations, limited liability companies, and partnerships (other than most trusts and those entities, such as banks, that are subject to special rules). The regulations will apply regardless of whether an entity is foreign or domestic, regardless of the entity’s classification for federal tax purposes, and regardless of whether the entity is disregarded for other federal tax purposes.

Section 2704 of the Internal Revenue Code was enacted in 1990 to prevent taxpayers from taking advantage of valuation discounts in certain circumstances for estate and gift tax purposes as a result of transfers of interests in family-controlled corporations and partnerships. Section 2704 applies only to entities that the transferor and members of his or her family control (i.e., 50 percent or more of the vote or value of the stock of a corporation, 50 percent of the capital or profits interest of a partnership, or a general partnership interest).

Section 2704(a) provides generally that, if a lapse of any voting or liquidation right in a corporation or partnership occurs and the transferor held such right before the lapse and members of the transferor’s family held control of the entity before and after the lapse, such lapse is treated as a taxable transfer for transfer tax purposes. A lapse is deemed to occur at the time a presently exercisable right is restricted or eliminated. However, a lapse is not subject to this rule if the rights with respect to the transferred interest are not expressly restricted or eliminated. This exception allows the holder of an interest with the aggregate voting power to make a lifetime transfer of a minority interest that results in the loss of the transferor’s liquidation right but does not cause the transfer to be treated as a lapse subject to section 2704(a).

The proposed regulations eliminate the exception for an applicable restriction that is no more restrictive than state law and also add additional applicable restrictions. Since the enactment of section 2704 in 1990, the IRS has “determined that the current regulations have been rendered substantially ineffective in implementing the purpose and intent of the statute by changes in state laws and by other subsequent developments.”i The proposed regulations appear to be a means for the IRS to catch up with current estate and tax planning by applying a broad brush approach to valuing transfers of interests in all family-controlled entities.

In its notice, the Treasury and the IRS identified that (1) courts have limited the application of section 2704(b) to apply only to restrictions on the ability to liquidate an entire entity and not just the transferred interest in that entity, meaning that the ability to liquidate an individual interest is not an applicable restriction; (2) some states have enacted statutes to be as least restrictive as the maximum restriction on liquidation that can be imposed in a partnership agreement, meaning that the restrictive provisions in a partnership agreement are less restrictive than state law and therefore an exception to “applicable restrictions”; (3) owners of family-owned entities have taken steps to ensure that the family alone does not have the power to remove a restriction by transferring a nominal interest in the entity to a nonfamily member such as an employee or charity; and (4) many taxpayers use limited liability companies rather than corporations or partnerships to hold businesses or family assets.

To address the perceived ineffectiveness of the current regulations, the proposed regulations also “clarify” that the entities covered by section 2704 include limited liability companies and those entities disregarded for federal tax purposes, no longer just corporations and partnerships. Accordingly, for the determination of control, a “family” holding 50 percent or more of a limited liability company would be subject to the new regulations. A “family” means immediate family members of the transferor and/or any lineal descendants of the parents of the transferor or the transferor's spouse.

With regard to section 2704(a), the proposed regulations narrow the exception pertaining to transfers that do not restrict or eliminate the rights associated with the ownership interest to apply the exception only to transfers occurring more than three years before the transferor’s death. This causes so-called “deathbed transfers” to be includible in the transferor’s gross estate if he or she dies within three years of the transfer. The IRS modified an example to illustrate the effect of this proposed regulation: D owns 84 percent of the stock in a corporation whose bylaws require 70 percent of the vote to liquidate. D transfers one-half of his stock (equaling 42 percent of the total stock) to his three children. D, who is left with 42 percent of the total stock, effectively surrendered his liquidation right but he did not expressly restrict or eliminate the rights associated with ownership of the stock. If D transfers his interest more than three years before his death, there is no deemed lapse of D’s liquidation right.

The proposed regulations pertaining to section 2704(b) add a new class of applicable restrictions that will be disregarded for valuation purposes. These “disregarded restrictions” include any restriction that: (1) limits the ability of the holder of the interest to liquidate the interest; (2) limits the liquidation proceeds to an amount that is less than a “minimum value”; (3) defers the payment of the liquidation proceeds for more than six months; or (4) permits the payment of the liquidation proceeds in any manner other than in cash or other property (other than certain notes by an active trade or business that are adequately secured). For purposes of this section, “minimum value” is the fair market value of the entity less outstanding obligations that would be deductible in determining claims against an estate.

As noted above, if an applicable restriction exists, it is disregarded in valuing the interest to be transferred. In that case, the proposed regulations provide that the fair market value of the transferred interest for transfer tax purposes is determined under generally applicable valuation principles as if the disregarded restriction does not exist in the governing documents, local law or otherwise. Although there is some lack of clarity in the proposed regulations regarding exactly how such a valuation will impact historical discounts routinely taken in valuing closely held interests in family entities, such discounts will likely be smaller if not eliminated altogether. Some of this ambiguity may be addressed in final regulations, most probably to the disadvantage of the transferring taxpayers.

Although the proposed regulations address IRS concerns regarding the perceived abuse of “artificial valuation discounts” in some family-controlled entities, if the regulations impact active, operating businesses, where a lack of control is a real factor in determining fair market value, in the same manner as they impact passive entities whose assets consist of non-operating assets, the proposed regulations produce artificial and inappropriate results. In very few circumstances will the fair market value of an interest in a closely held business equal the pro rata share of the underlying value of the net assets of the business. Early commentators are warning that the proposed regulations could create “phantom assets” that are includible in the transferor’s gross estate as the result of disregarding valuation principles that contribute to the true fair market value of a transfer, resulting in taxes on assets that do not exist.

i See Notice of Proposed Rulemaking. 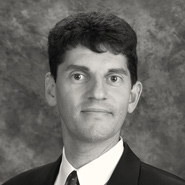