A recent decision from Florida’s Fourth District Court of Appeal addressed the issue of whether a subcontractor that failed to obtain local licenses required by a county ordinance was allowed to litigate claims for work that required those licenses. The case serves as another cautionary tale about the importance of complying with state licensing, local licensing, and contract requirements, and how all three can combine to make construction projects a complex compliance environment for contractors.

The trial court ultimately granted partial summary judgment in favor of the general contractor on this issue, finding:

that [the subcontractor] did not have the required certificates of competency for specialty contracting and was therefore unable to act as a litigant under (1) Special Act of Palm Beach County, amending Chapter 67-1876, Laws of Florida, as amended, and (2) the Codes of Laws and Ordinances Relating to Palm Beach County Government, Section 7, Article II. The trial court deferred ruling on whether the failure to obtain local licensure was a breach of contract.

Following this ruling, the general contractor moved for partial summary judgment again, arguing that the subcontractor’s failure to have proper licensing was a material breach of the contract. The trial court also granted this motion, and the subcontractor appealed.

On appeal, Florida’s Fourth District Court of Appeal initially noted that the relevant Palm Beach County ordinance at issue in the case:

makes it unlawful for a person who is required but failed to possess a certificate of competency “to hold himself/herself out as a contractor, whether as a plaintiff, defendant or witness in any court in this county.”

First, the court held that this language was applicable even if the litigation was occurring outside of Palm Beach County, and that it was the location of the performance of the work, not the litigation, that was determinative. As a result, the court concluded that because the subcontractor did not have the relevant certificate of competency in Palm Beach County, it could not litigate claims requiring that certificate; it could however, litigate claims that did not require the certificate.

There are a few key takeaways from this case. First, even though many local licensing requirements will be going away in Florida in 2023, for the time being, local licensing is critical and contractors need to make sure they have all appropriate licenses—state and local.

Second, pay attention to contractual requirements relating to licensing. Even though in most counties there are not ordinances that require licenses or that impact the ability to litigate unlicensed claims, this can still become an issue if the contract requires local licensing.

Finally, while the court here left open the question of whether the subcontractor could cure its licensing issues by hiring licensed sub-subcontractors, this question is generally resolved by state statute when it comes to state licenses, rather than local licenses. And for the most part, an unlicensed person or company is not allowed to contract for work requiring a license and then use licensed subcontractors to perform the work. The person or company actually entering into the contract must be licensed for the work contemplated by the contract. 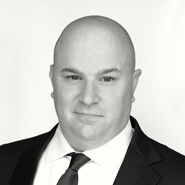