Following their only loss of the 1985-1986 season, the Chicago Bears produced the first hip-hop song recorded by a professional sports team — the “Super Bowl Shuffle.” The Bears went on to win their next 15 games and eventually beat the New England Patriots in Super Bowl XX. The Shuffle became synonymous with the Bears and their victorious season, and 33 years later it found itself at the heart of a lawsuit.

In 2016, filmmaker Scott Prestin produced a biographical documentary about the 1985 Chicago Bears, highlighting their championship season by telling stories of past drafts, major events in the Bears’ history, and interviewing former coaches and players and famous Chicagoans such as Barack Obama. Fifty-nine seconds of the 100-minute long film include snippets of the Shuffle music video, with a mere eight seconds actually containing audio. The remaining 51 seconds are broken up into 16 smaller, silent snippets, ranging from one to eight seconds long. The owner of the copyrights to the words, music, sound recording, and video of the Shuffle, Red Label Music Publishing, Inc., alleged this use constituted copyright infringement and sued Prestin and others involved in the production of the film in the Northern District of Illinois.

The Court ruled the use of the Shuffle in the film did not violate Red Label’s copyright because the use constituted fair use. Under the so-called fair use doctrine, courts consider several factors including the purpose and character of the use, the amount of the work used, and the effect of the use on the potential market.

The Northern District found the filmmakers used the song as a means of historical commentary and not for its expressive content. The court also noted while the entire song is nearly six minutes long, only eight seconds of the audio and 59 seconds of the Shuffle video were used in the 100-minute long film. He also found use in the film would have little to no effect on the market for the original Shuffle song and video. He found it highly unlikely consumers would substitute purchasing the Shuffle music video with purchasing the Chicago Bears documentary.

The court found, on balance, this use in a documentary about the Super Bowl XX champions was fair use and not a copyright infringement. The decision is instructive for its adherence to the traditional factors rather than for any creativity in interpretation.

*Jessica Goedel is a Summer Associate and not licensed to practice. 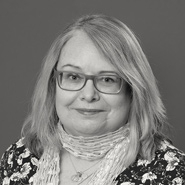