On Thursday, the United States Supreme Court issued its opinion in Universal Health Services v. Escobar, effectively reversing the position of every Appeals Court that has considered the viability of the “implied false certification” theory of liability and creating a new standard.

In Thursday’s opinion, the Supreme Court unanimously agreed to limit the circumstances under which an “implied false certification theory” may serve as a basis for liability under the False Claims Act, 31 U.S.C. §3729 et seq. (FCA). The decision, authored by Justice Clarence Thomas, limits liability under a theory of implied certification to instances where a defendant submits a claim for payment that makes representations about goods or services provided but fails to disclose non-compliance with statutory, regulatory or contractual requirements material to the government’s actual decision to pay. The court further held that FCA liability for failing to disclose violations of those requirements does not depend on an express designation of the requirement as a condition of payment.

The FCA imposes significant penalties and treble damages on a party who “knowingly presents . . . a false or fraudulent claim for payment” to the government. 31 U.S.C. §3729(a)(1)(A). Several circuit courts have adopted some version of the implied false certification theory, but others have flatly rejected it, reasoning that only express falsehoods can render a claim for payment legally false. The Supreme Court decision in Universal Health resolves the dispute among the lower courts by allowing implied certification to serve as a basis for liability but only in narrow circumstances that require a finding of materiality.

In this case, Universal Health, a mental health facility, provided clinical services under Medicaid to a teenage patient who died following treatment. After her death, the patient’s parents learned that many providers at the facility lacked licenses to provide mental health services and violated regulatory requirements in treating patients. The subsequent qui tam complaint alleged violations of the FCA under an implied false certification theory by asserting that Universal Health submitted claims for services performed by unlicensed and unsupervised staff and that Medicaid would not have reimbursed the claims had it known of the regulatory violations.

The District Court dismissed the complaint because none of the regulations Universal Health allegedly violated were an express condition of payment. The First Circuit reversed and observed that the submission of payments “implicitly communicated” conformity to the program’s requirements, which in turn were a material condition of payment by implication. In vacating the First Circuit’s decision and remanding, the Supreme Court rejected express falsehoods as the sole basis for liability under the FCA but upheld the viability of an implied false certification theory where two conditions are satisfied: (1) the claim makes specific representations about the goods or services provided, rather than simply demand payment and (2) a failure to disclose noncompliance with material statutory, regulatory or contractual requirements makes those representations “misleading half-truths.” Importantly, the court refuted the notion that statutory, regulatory, and contractual requirements are automatically material, narrowing the scope of potential implied certification liability under the FCA. Instead, the court emphasized that compliance must be material to the government’s actual decision to pay, a heightened standard above whether the government simply had the right to withhold payment.

Though the court does not eliminate FCA liability under a theory of implied false certification, the Universal Health decision greatly limits exposure of healthcare providers and other government contractors by eliminating potential claims based on failure to adhere to an obscure or immaterial legal requirement. Any alleged violation of a legal requirement in support of an FCA claim must be material to the government’s actual decision to pay, regardless of whether the requirement is an express condition of payment. Contact your Dinsmore attorney with questions. 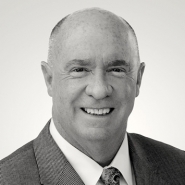