On December 11, 2017, the U.S. Supreme Court refused to accept an application to appeal the court of appeals decision in Evans v. Georgia Regional Hospital, leaving unresolved a circuit split on whether federal law prohibits employment discrimination based on sexual orientation.[1]

The recent Hively opinion created a split of authority among the circuits on whether Title VII protects employees from discrimination based on sexual orientation, making the issue ripe for cert. If the Second Circuit agrees with the Seventh Circuit, the Supreme Court will face additional pressure to resolve the split.

In light of these decisions, employers, especially those with multi-state operations, should be careful to avoid discrimination on the basis of sexual orientation. Sexual orientation is now a protected characteristic in the Seventh Circuit and the Second Circuit may follow its lead. Additionally, the EEOC shared the Seventh Circuit’s view and may still bring suit against employers.[7]

Moreover, employers should be cognizant of state and local ordinances where they operate that prohibit discrimination on the basis of sexual orientation, gender identity and transgender status. Despite the current ambiguity in federal protections, it would be prudent for employers to maintain policies that prohibit discrimination against and harassment of LGBTQ employees and provide a clear mechanism for employees to report such discrimination and harassment. All complaints should be thoroughly investigated and resolved.

If you have questions about sexual orientation discrimination, Title VII, or LGBTQ employment-based claims, please contact the authors or your usual Dinsmore attorney.

[7] What You Should Know About EEOC and the Enforcement Protections for LGBT Workers, U.S. Equal Employment Opportunity Commission, https://www.eeoc.gov/eeoc/newsroom/wysk/enforcement_protections_lgbt_workers.cfm (last visited Dec 11, 2017). 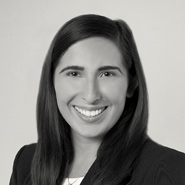