The Twenty-first Amendment—which repealed Prohibition—gives states broad authority to regulate alcohol within their borders. But can states impose residency requirements on alcohol retail licensees? The U.S. Supreme Court, by a vote of seven to two in Tennessee Wine and Spirits Retailers Ass’n v. Thomas, answered no. As state alcohol regulators adjust their licensing processes to comply with the ruling, retailers and wholesalers may see changes in the alcohol market.

Like many states, Tennessee requires alcohol retailers to obtain a license before doing business. However, applicants must have been a Tennessee resident for the previous two years in order to receive a license. The restrictions also applied to companies owned by out-of-state individuals.

Despite not meeting these requirements, two retailers applied for retail licenses in Tennessee. The Tennessee Wine and Spirits Retailers Association threatened to sue the state if the applications were granted. The state’s alcoholic beverage commissioner asked a district court to weigh in on the residency requirement’s constitutionality, and the court found them unconstitutional. A divided panel of the U.S. Court of Appeals for the Sixth Circuit affirmed, and the Association appealed the case to the U.S. Supreme Court.

The U.S. Supreme Court held Tennessee’s residency requirement violated the Commerce Clause of the U.S. Constitution. Under a doctrine known as the dormant commerce clause, a state may not discriminate against out-of-state products or retailers without “a legitimate local purpose.” Tennessee faced a high bar to meet this standard. The most recent case on alcohol regulations, Granholm v. Heald, struck down a law which prevented only out-of-state wineries from shipping to consumers. However, Granholm never expressly addressed the application of the dormant commerce clause to the wholesaler and retailer tiers, only the producer tier. Relying on Granholm’s logic, the Supreme Court found no evidence that the residency requirement improved Tennessee’s ability to enforce its alcohol laws. Accordingly, it invalidated Tennessee’s residency requirements and extended the dormant commerce clause to wholesalers and retailers.

Tennessee is not the only state with residency requirements for alcohol retailer licensees. Indiana, for example, imposes a five-year requirement on individuals and businesses. Kentucky has a slightly more forgiving one-year requirement, which applies only to individuals. In these states and others, regulators will have to abide by the Supreme Court’s ruling when considering out-of-state license applications.

The retail and wholesale markets may also see changes as a consequence of the ruling. As out-of-state retailers and larger chains are able to open new stores without the residency obstacle, local retailers may face increased competition. Additionally, other laws seen as favoring in-state alcohol businesses may now be subject to more scrutiny in courts across the country. For example, several states permit alcohol shipments from in-state retailers but prohibit them from out-of-state retailers. These provisions are now in question after the Supreme Court’s ruling. As online shopping becomes increasingly popular, regulators and business will be forced to adjust to a changing legal landscape.

If you have questions regarding this ruling or other industry regulations, contact your Dinsmore Beer, Wine and Spirits attorney.

*Jacob Abrahamson is a Summer Associate and not licensed to practice. 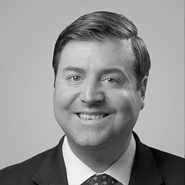