Rarely can a defendant strike back against relators who bring unsubstantiated claims, but the defendants in In re Gas Royalties did just that. In In re Gas Royalties, the Tenth Circuit affirmed an award of more than $5 million in attorney fees to the defendants in an FCA action brought in the district court for the District of Wyoming that spanned more than 20 years. The case suggests that three types of relator conduct could warrant sanctions: 1) intentionally distorting evidence, 2) proceeding with claims despite warnings from pertinent government agencies that those claims lack merit, and 3) proceeding with claims when the relator knows he has no evidence to support them.

The relator, Jack Grynberg, sued 70 companies in the natural gas industry, alleging they violated the FCA by under-measuring the gas extracted from federal lands and subsequently underpaying royalties owed to the government pursuant to lease agreements. This allegedly caused “reverse false claims,” or violations of 31 U.S.C. § 3729(a)(1)(G). The relator’s original claims were dismissed under Rule 9(b). After the dismissal of the first action but before filing the second set of lawsuits, the relator served Freedom of Information Act requests on a federal agency that managed natural gas, seeking information regarding companies that purchased natural gas pursuant to lease agreements. In response, the agency provided information about the lease numbers for the natural gas wells, the payers (the entities that owed the royalties to the federal government), and the buyers (the entities that purchased the gas extracted from the lease). To bolster his complaint, the relator created a chart, called Exhibit B, that contained this information.

Relator designed Exhibit B to cure his pleading deficiencies—which it did—but it also got him in trouble. Relator’s Exhibit B made it appear as though the defendants named in his amended complaint were both the payers who owed the royalties and the gas buyers (who bought the gas but didn’t owe royalties unless they were also the payer), even though this frequently wasn’t true. When the defendants moved to dismiss the amended complaint, the district court denied their motions, citing Exhibit B as evidence that the relator had alleged his claims with sufficient particularity. The case then proceeded through discovery. Eventually, the defendants filed motions for summary judgment, which the district court granted.

After obtaining summary judgment, the defendants moved for attorney fees under the FCA’s fee-shifting provision. This underutilized provision—31 U.S.C. § 3730(d)(4)—allows the court to award attorney fees and expenses if the defendant prevails in the action and the court finds the relator’s claims were “clearly frivolous,” “clearly vexatious” or “brought primarily for purposes of harassment.” Here, the district court found that the relator’s claims were “clearly frivolous,” because he alleged that each defendant engaged in mismeasurement practices “despite knowing that he lacked the factual basis necessary to support such specific allegations.” Moreover, the district court concluded that the relator “intentionally distort[ed]” the data obtained from his FOIA request to suggest that the buyer and payer were the same for the listed leases, when in reality the buyer and the payer were often different entities and relator knew it.

While important to its decision, the relator’s data manipulation was not the sole reason for the district court’s sanctions award. It also chastised the relator for proceeding with his claims “in spite of information from agency and government officials indicating his claims had no merit.” Specifically, the relator had initiated the lawsuits despite a warning from the Colorado Oil and Gas Conservation Commission that his claims were “baseless.” Finally, the district court cited the fact that, in response to a request from the AUSA to provide specific factual references evidencing the defendants’ mismeasurement, the relator indicated that he needed to engage in discovery to determine whether the defendants had mismeasured gas—even though that was his fundamental allegation in the case.

The Tenth Circuit affirmed the district court’s decision, concluding that relator’s Exhibit B was misleading and “fundamentally flawed.” The relator argued that his business dealings with the defendants and his personal investigation into their mismeasurement practices provided sufficient support for his FCA allegations. The Tenth Circuit disagreed, noting that the relator failed to allege specific facts about the circumstances of the fraud and that the relator admitted in his deposition that he lacked an evidentiary foundation for his allegations. Moreover, the Tenth Circuit found that the relator’s professed “reasonable belief” that the factual allegations underpinning his claims were true was insufficient to avoid sanctions, noting that he cited no authority to support this proposition, and commenting that his continued pleading of facts “on information and belief” was “precisely what led [the district court] to suspect [relator] was on a fishing expedition.” (For another decision in which a defendant successfully recovered fees from a relator, see United States ex rel. Jacobs v. Lambda Research, Inc. et al. http://www.opn.ca6.uscourts.gov/opinions.pdf/15a0313n-06.pdf) (Michael J. Bronson represented the defendant). 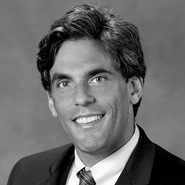