The FDA’s new e-cigarette rule: Regulating this hypothetical risk may do more harm than good

May 17, 2016 – Articles
Douglas J. Feichtner
Share This Page
On May 10, 2016, the Food and Drug Administration (FDA) approved a new rule to regulate electronic cigarettes and similar products (81 FR 28973). E-cigarettes that were on the market as of February 15, 2007, are grandfathered, while every other e-cigarette will need to go through the FDA approval process. And since most e-cigarettes were not on the market in February 2007, this means almost all e-cigarette companies will need to submit to a very rigorous and expensive application process in order to stay in, or enter, the market.

In April 2014, the FDA issued a Proposed Rule (79 FR 23142) to extend its tobacco product authority to additional products including e-cigarettes, “deeming” them to be subject to such authorities. According to the FDA, deeming all “tobacco products” (including components and parts but excluding accessories) to be subject to the Food, Drug & Cosmetic Act “would result in significant benefits for the public health.” 79 FR at 23148

In its Proposed Rule, the FDA acknowledged that it does “not currently have sufficient data…to determine what effects e-cigarettes have on the public health.” 79 FR at 23142-44. Many comments to the Proposed Rule focused on that statement as an admission the FDA does not know whether the regulation will benefit public health. The FDA responded to those comments in the new rule, disagreeing and defensively indicating that the “we don’t have sufficient data” statement referred to the lack of evidence supporting asserted benefits to e-cigarettes (i.e., that e-cigarettes are safer than conventional cigarettes). 81 FR at 28984

That is, at best, a half-truth. The “we don’t have sufficient data” statement does follow a comment about e-cigarettes being potentially less hazardous than conventional cigarettes in the text of the Proposed Rule. But the same “we don’t have sufficient data” statement (or a variation of it) is made elsewhere in the Proposed Rule in sections that have nothing to do with the perceived benefits of e-cigarettes. See, e.g., 79 FR 23155, 23158. For example, in the subsection titled “E-cigarettes”, within a section called “Health Risks of Products”, the introductory sentence reads: “We do not currently have sufficient data about e-cigarettes to determine what effects they have on the public health.” (The FDA conveniently ignored responding to those references in the final rule.)

Despite this significant unknown, the FDA believes its oversight over e-cigarettes is appropriate “for the protection of the public health.” For the FDA, it is enough that most e-cigarettes contain nicotine to justify deeming them “tobacco products.” Per the new rule, this designation grants the FDA access to product and ingredient listing information in e-cigarettes “to ensure that users are not exposed to inhaled chemicals known to be harmful.” But how much exposure to chemicals, like nicotine, is “harmful?” The dose, of course, makes the poison. There are obviously levels of nicotine exposure that pose no, or de minimis, harm to human health. The FDA assumes the opposite without any data. This assumption should be verified before the new rule is permitted to be enforced and the FDA’s precautionary logic robs tobacco smokers of a smoking cessation tool.

The FDA is candid about the limited availability of rigorous evidence regarding actual health risks associated with e-cigarettes. But in the absence of “conclusive” evidence that e-cigarettes are safer than conventional cigarettes, the FDA has advanced this new rule. Ironically, by regulating e-cigarettes, the FDA may actually do more harm than good to the public it is seeking to protect. 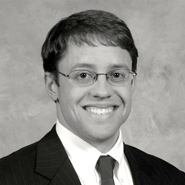