“Up in Smoke?” President Biden Announces Pardons and Orders Review of Cannabis Classification

Recently, President Biden announced an executive order to pardon all federal marijuana possession charges. The President also urged governors to do the same at the state level saying, “Just as no one should be in a federal prison solely due to the possession of marijuana, no one should be in a local jail or state prison for that reason, either.”  While President Biden’s pardons signal a step toward overhauling U.S. policy, state convictions based on simple marijuana possession far outnumber the amount at the federal level. Even so, these pardons by the President effect thousands of individuals currently in federal prison and the sentiments expressed by President Biden could signal future changes in how the United States plans to regulate cannabis.

There is growing acceptance and normalization of cannabis in many parts of the country. Still, the incarceration of individuals for marijuana possession while others are able to do the same thing – and profiting handsomely – is leading many to question and criticize prior criminal laws and approaches. Marijuana is now legal or decriminalized in the majority of states, and in every election cycle, more and more states put marijuana legalization on the ballot. In February of 2021, the Biden administration announced that it would pursue cannabis decriminalization as well as expungements for people with prior cannabis convictions.[i] This recent mass pardon is a step closer toward President Biden fulfilling his promise. As of today, 19 states have legalized recreational marijuana use and 38 states have provisions for medical use on the books. Additionally, five states have some form of cannabis legalization on the ballot for this November. Twenty or thirty years ago it would have been hard to imagine that the majority of Americans would support cannabis legalization, but over the past couple of decades, support for cannabis legalization has almost doubled.[ii]

In addition to pardoning all past federal marijuana possession offenses, President Biden has asked the Secretary of Health and Human Services and the Attorney General of the United States to initiate the administrative process to expeditiously review how cannabis is scheduled under federal law. Currently, cannabis is considered a Schedule I drug, the highest level of classification under the Controlled Substances Act passed by Richard Nixon in 1970. Schedule I drugs are considered the most dangerous substances under the Controlled Substances Act.[iii] This means, at the federal level, marijuana is considered the same level of dangerous as heroin, LSD, and ecstasy, and falls in a higher classification than fentanyl, methamphetamine, and cocaine, which are all considered Schedule II drugs. Many have argued that the current classification is antiquated and ignores the therapeutic value of cannabis that is now accepted and recognized in a majority of states. Lowering the classification to a Schedule II or even a Schedule III drug would further expand medicinal usage and at the same time have a vast impact on the criminal justice system.

Reducing the classification of cannabis would allow cannabis companies access to financial institutions that all other businesses have the privilege of using. Currently, federal laws and regulations discourage banks and similar institutions from conducting business with cannabis companies because it is classified as a Schedule I controlled substance. The SAFE Banking Act of 2021[iv] is working to remedy this by generally prohibiting federal bank regulators from penalizing institutions for providing banking services to a legitimate cannabis-related business. Lowering the classification would be an even bigger step to take since the primary reason banks and other financial institutions are reluctant to work with the industry is because cannabis remains classified as a Schedule I controlled substance. Use and possession of cannabis is largely criminal on the federal level. Lowering the classification opens up the door to growth in this industry given the potential to access to more financial resources.

Similarly, another impact of lowering the classification is the potential for the growth of cannabis companies on publicly traded markets. When President Biden announced the pardon of all simple cannabis convictions on the federal level, cannabis stock prices briefly shot up. While they did level off and eventually returned to prior levels, the President’s announcement opens up the door more for cannabis legalization at the federal level down the line and the possibility being publicly traded on domestic exchange markets. This could lead to growth and more stability in the industry.

Reclassifying cannabis to a Schedule III drug could also reduce the tax burden for cannabis companies. Presently, cannabis companies are subject to 26 U.S. Code § 280E-Expenditures in connection with the illegal sale of drugs.[v] Section 280E of the Internal Revenue Code does not allow for tax deductions or credits for businesses that engage in “trafficking” Schedule I or II controlled substances, as defined by the Controlled Substances Act. These businesses include dispensaries. If cannabis is reduced to a Schedule III or lower drug, this could open up a new world of tax benefits for cannabis companies.

Finally, and perhaps the biggest potential impact if the classification of cannabis is lowered, is being just one step closer to cannabis being legalized on the federal level. More and more states have legalized cannabis to some extent, and there have been bills introduced at the federal level to accomplish the same. While it might be a ways off, the growing momentum for cannabis to be legal throughout the country cannot be ignored. The majority of Americans support the legalization of cannabis for recreational or medical use according to a 2021 Pew Research Center Poll,[vi] and those surveyed hope that state and federal policies will be reconciled.

Should you have questions about the federal decriminalization efforts or other matters pertaining to the cannabis industry, please contact your Dinsmore attorney. 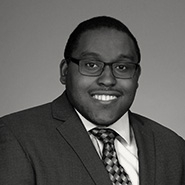