In response to the suspension of this EO, the White House issued a new EO titled, “Protecting the Nation From Foreign Terrorist Entry To The United States” which will be implemented on March 16, 2017. The new EO revokes and entirely replaces the earlier EO. The stated purpose of the new EO is to “improve the screening and vetting protocols and procedures associated with the visa issuance process and the USRAP” (United States Refugee Admissions Program).

1) For the next 90 days, foreign nationals of Sudan, Syria, Iran, Libya, Somalia, and Yemen who meet the following criteria are NOT eligible to travel to the United States:

NOTE: Foreign nationals from Iraq were included in the January EO but have been removed due to negotiations and increased cooperation by the government of Iraq.

2) The EO does not apply to the following individuals:

a. Lawful permanent residents (“green card” holders);
b. Dual nationals when traveling on a passport issued by a non-designated country;
c. Foreign nationals admitted to the United States after the effective date of the order;
d. Foreign nationals with a document other than a visa that is valid on March 16, 2017 or any date thereafter which permits travel to the United States such as an advance parole document;
e. Foreign nationals traveling on diplomatic, NATO, C-2, G-1, G-2, G-3 or G-4 category visas; or
f. Individuals granted asylum or refugee status before March 16, 2017.

3) The U.S. Refugee Admissions Program will be temporarily suspended for 120 days and upon resumption will not exceed admission of 50,000 refugees for fiscal year 2017. The EO does not apply to those refugees who have already been formally scheduled for transit by the U.S. state department.

4) All foreign nationals must be interviewed before being issued a U.S. visa, on a going-forward basis. The U.S. Department of State is restricted from waiving visa interviews in specific situations, including visa extensions, national interest, or emergency circumstances.

5) Requires a review of international visa reciprocity to determine whether the purpose, length, and cost of U.S. visas are reciprocal to visas issued by foreign countries to U.S. citizens going abroad. If visas are not reciprocal, the U.S. Department of State must adjust the terms of U.S. visas issued to foreign nationals accordingly.

6) No immigrant or nonimmigrant visa issued before the effective date of this order shall be revoked pursuant to the EO. Any individual whose visa was marked revoked or marked canceled as a result of January EO shall be entitled to a travel document confirming that the individual is permitted to travel to the United States and seek entry.

7) Department of Homeland Security and the Department of State have the discretionary authority, on a case-by-case basis, to issue visas or allow the entry of nationals of these six countries into the U.S. when a national from one of the countries demonstrates that the denial of entry would cause undue hardship, that his or her entry would not pose a threat to national security, and that his or her entry would be in the national interest.

The Department of Homeland Security has released a Q&A regarding the new EO.

If you have further questions, please contact your Dinsmore immigration attorney for more information. 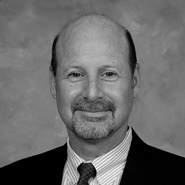