Wage and Hour Issues to Watch in 2016

January 11, 2016 – Articles
Jason W. Hilliard
Share This Page
The Department of Labor’s (DOL) Wage & Hour Division (WHD) continued to be very active in 2015. This is a trend that has been occurring during President Obama’s administration, as the WHD has added hundreds of new investigators and has substantially increased the number of audits and investigations it conducts each year. In 2015, there was not only an increase in prosecutions of federal and state minimum wage and overtime law violations, but also an intensified scrutiny of the classification of workers as independent contractors.

We also continue to see a significant increase in litigation in this area. Nationwide we have seen at least a 10% increase in wage and hour litigation each year for the last several years. Employers should expect these trends of increased filings from individual workers and heightened scrutiny and enforcement from the DOL to continue in 2016.

Most notably in 2015, the DOL proposed an overhaul of regulations enforcing the Fair Labor Standards Act’s (FLSA) overtime exemption for white collar employees. This was in response to President Obama’s March, 2014 directive to the DOL to “update regulations regarding who qualifies for overtime.” On July 6, 2015 the DOL’s WHD announced its proposed amendment to the FLSA regulations and, in particular the regulations governing “white collar” exemptions for executive, administrative, and professional employees. The proposed rules were subject to a comment period and comments will be considered before the final rule is announced. The final rule is expected in 2016. This will be the biggest wage and hour challenge most employers will face in 2016. Many employers will have to make significant changes to how employees are compensated and potentially classified.

The most significant proposed change to the regulations is the doubling of the salary basis test threshold, or the minimum salary necessary for a worker to be classified as “exempt” from the FLSA overtime regulations. It is estimated that over 5 million, currently exempt, salaried employees will be affected by the new increased salary threshold.

Under the current overtime rules – last updated in 2004 – employers are required to pay all employees covered by the FLSA time-and-a-half for any hours they work in excess of 40 hours in a single workweek. Certain executive, administrative, and professional workers (“white-collar workers” or “EAP workers”) are “exempt” from overtime if their job responsibilities satisfy the “duties test” and they earn more than $23,660 per year, or $455 per week (“salary basis”). The proposed changes would more than double the minimum salary threshold for EAP exempt workers, requiring compensation of $50,440 per year or $970 per week. The proposed changes would also increase the annual salary threshold from $100,000 to $122,148 for highly compensated employees (HCE).

Under its proposed rules, the DOL would set the salary threshold for the white collar exemptions at the 40th percentile of weekly earnings for full-time salaried workers nationwide. For 2013, using data from the Bureau of Labor Statistics, that figure was $921 per week, or $47,892 per year. The DOL anticipates that when its Final Rule goes into effect in 2016, the salary level will be $970 per week, or $50,440 per year.

In order to maintain the salary levels at a fixed percentile of earnings, the DOL proposes the salary threshold automatically update annually. The automatic adjustment is intended to prevent the salary level from diminishing through inflation and to potentially make additional rulemaking adjusting the salary basis unnecessary. The DOL believes this mechanism will provide more certainty to employers with a meaningful, bright-line test while improving government efficiency.

An increase to the standard salary threshold is not the only change being considered by the DOL. In the Notice of Proposed Rulemaking (NPRM), the DOL also requested public comment on: (1) whether nondiscretionary bonuses should be included in calculating the standard salary threshold and (2) whether the EAP duties tests should be modified. The result of public comment could potentially impact the final rules promulgated by the DOL.

As to the second issue, since 2004, the duties tests for the white collar exemptions have not limited the amount of time an employee can spend on nonexempt duties before the exemption is forfeited. Believing a rise in the salary level will provide an initial bright-line test for the exemptions, the DOL has initially refrained from proposing changes to the duties tests, but will consider requests for changes during the comment period.

In its proposal, the DOL noted employer stakeholders opposed any changes to the duties requirements, as percentage limits on the amount of time spent on nonexempt duties are sometimes difficult to apply and hinder flexibility for work duties. Employee groups, on the other hand, expressed concern certain businesses treat workers as exempt even though the employees perform mostly nonexempt duties, especially in the retail industry. Without proposing its own duties requirements, the DOL seeks input from interested parties on whether changes to the duties tests are necessary in light of the salary level increases proposed.

When the DOL finalizes the proposed rule, it will not likely provide a long grace period for compliance. In 2004, the DOL provided employers only 120 days to comply with new rules.

Employers should complete a preliminary assessment of all employee positions currently treated as exempt to determine whether these employees will be impacted by the proposed changes. Many employers will need to budget for salary increases and/or increased overtime costs for 2016 given the proposed changes. Employers should also examine anyone they have classified as an independent contractor to determine whether that classification is proper. 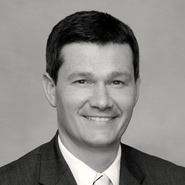