On appeal, the Supreme Court had to decide which physician’s method of apportionment was proper: Dr. Bailey, who subtracted Mr. Birch’s pre-existing impairment at the end of the process after applying Rule 20, or Dr. Guberman, who subtracted the pre-existing impairment from Mr. Birch’s whole person impairment as determined under the Guides or range of motion earlier in the process, then determined the final PPD award under Rule 20.

The Court noted that the purpose of the apportionment provision in the West Virginia Worker’s Compensation Act (W. Va. Code §23-4-9b) is to disallow consideration of any pre-existing definitely ascertainable impairment in determining the percentage of PPD caused by a subsequent compensable injury, except in those circumstance where the second injury results in total permanent disability. The Court noted that Dr. Guberman’s 13% impairment rating is the maximum award Mr. Birch would have been entitled to receive under Rule 20’s Lumbar Category III whether or not he had a pre-existing condition - a result which is at odds with W. Va. Code §23-4-9b’s purpose.

Accordingly, the Court held that in determining the amount of a PPD award for a compensable injury suffered by a worker’s compensation claimant who has a non-compensable pre-existing definitely ascertainable impairment, the correct method is to deduct the impairment attributable to the pre-existing injury from the final whole person impairment rating as determined by Rule 20.

The Court’s decision will have a favorable impact on employers, as subtracting pre-existing impairment at the end of the impairment evaluation process after Rule 20 is applied, is more likely to result in lower PPD awards.

We can answer your questions about the apportionment provision in the West Virginia Worker’s Compensation Act. Contact your Dinsmore attorney for more. 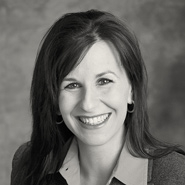 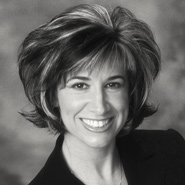