On Feb. 12, 2020, in a 74-22 vote, the Ohio House of Representatives passed Ohio House Bill 308, legislation that would provide first responders with workers’ compensation benefits to treat post-traumatic stress disorder (PTSD), even when there is no physical injury. On Feb. 26, 2020, the bill was pending before the Senate General Government and Agency Review Committee.

What Would the Bill Do?

Who Supports the Bill?

House Bill 308 continues to draw support from first responders but opposition from associations that represent the state’s manufacturers, businesses and local governments.

The Ohio Chamber of Commerce has opposed the bill, noting it would result in a substantial cost to employers and citing concerns the bill would be expanded to employees other than first responders who will receive coverage for mental-only injuries. The Ohio Chamber of Commerce noted during the committee process that individuals have already advocated for physicians, truck drivers and bank tellers to also receive workers’ compensation benefits without an underlying physical injury.

How Would Current Law Change?

Current law defines “injury” as any injury received in the course of, and arising out of, the injured employee’s employment. Currently, psychiatric conditions are generally excluded from the definition of injury, except where:

Thus, an employee is not eligible to receive compensation benefits under workers’ compensation law for PTSD unless it arose from a compensable physical injury.[2] The financial consequences of the new law are difficult to estimate, but look for the Ohio General Assembly to have this ready for signature by the governor soon. 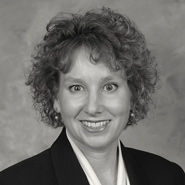