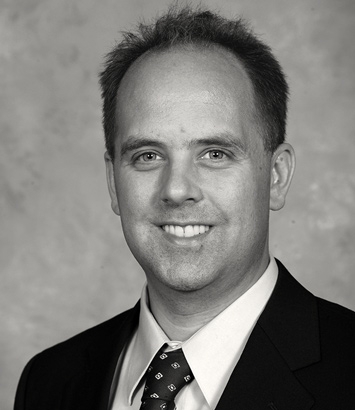 When Rick conducts a conversation, he prefers to use language familiar to whom he is speaking, whether he or she is a corporate engineer or local inventor well-versed in chemistry or an examiner or attorney less experienced in the sciences. As an intellectual property attorney who focuses his practice on patent preparation and prosecution, his job involves a lot of translating.

Rick holds an M.S. and Ph.D. in Chemistry, and he spent nearly a decade working at Chemical Abstracts Service in Columbus, Ohio, analyzing and indexing scientific journal articles and patent documents before attending law school to become a patent attorney. This experience gives him an edge as he understands the rigors that come with following the scientific process. His clients work in technological areas, including chemistry, materials, medical devices and petroleum processing. He has helped acquire patent protection for inventions from large corporations, small corporations, universities and at least one inventor who walked in off the street. Rick has also acted as technical liaison between trial counsel and expert witnesses during multi-million dollar litigation.

He serves as president of the Dayton Intellectual Property Law Association and as an active member of the Scholarship Committee of the Federal Circuit Bar Association.