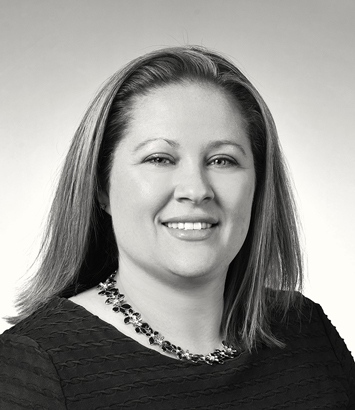 Counseled a Pharmaceutical Company on Compliance Program Development and Implementation

Advised a clinical-stage pharmaceutical company regarding its transition to commercial stage, including the development and implementation of a corporate compliance program. This included training company executives on compliance and regulatory matters, drafting and reviewing compliance policies and procedures, reviewing promotional materials, advising on implementation of a transparency tracking/reporting program consistent with federal and state laws, and advising on compliance and regulatory matters.

Assessed the implementation and effectiveness of a biotechnology company’s corporate compliance program, including review of company policies, procedures, guidelines, training materials, risk assessment processes, internal investigation reporting mechanisms and follow-up, and auditing and monitoring activities. Also made recommendations for enhancing the program and assisted with implementation of such recommendations.

Defended a clinical laboratory in civil and criminal investigations by the Department of Justice, U.S. Attorney’s Office for the Northern District of California, Office of Inspector General, Federal Bureau of Investigation, and the California Department of Insurance related to inappropriate sales and marketing activities, phlebotomy payments, and other kickbacks. Civil and criminal investigators declined to intervene in the matter against the company.

Represented an electronic health records and billing vendor in a government investigation by the U.S. Attorney’s Office for the Eastern District of Pennsylvania related to false claims submitted by and on behalf of a client health care professional. The matter was successfully resolved for the client.

Defended a global pharmaceutical company in a False Claims Act investigation involving five qui tam complaints related to the sales, marketing, and promotional activities for several drugs in the company’s product portfolio. Criminal and civil investigators from multiple federal agencies were involved in the investigation, including the U.S. Attorney’s Office for the District of Massachusetts, U.S. Food and Drug Administration (FDA), Veterans Administration (VA), and Federal Bureau of Investigation (FBI). The matter included document collection from more than 1,800 employees, witness interviews, and presentations to investigators. I negotiated a civil settlement agreement with the Department of Justice, settlement agreement and release with the lead qui tam relator, civil settlement agreements with the National Medicaid Fraud Control Unit team and individual states, and a corporate integrity agreement (CIA) with the U.S. Department of Health and Human Services Office of Inspector General (OIG).

Conducted an internal investigation for a medical device manufacturer of a compliance matter reported to the company and its board of directors. Further represented the company in a self-disclosure of the matter to the U.S. Department of Health and Human Services Office of Inspector General (OIG).

I defended a skilled nursing facility and its parent company in a False Claims Act matter alleging the submission of false claims for rehabilitation therapy provided by the facility’s contracted rehabilitation therapy provider. Representation included the negotiation of a civil settlement agreement with the Department of Justice. No corporate integrity agreement was required by the Office of Inspector General.

Defended a foreign-based global pharmaceutical manufacturer in a multi-jurisdiction (federal and state) government investigation of sales, marketing, and research activities. Client was dismissed from the False Claims Act qui tam action, and intervention proceeded against their co-promote partner only.