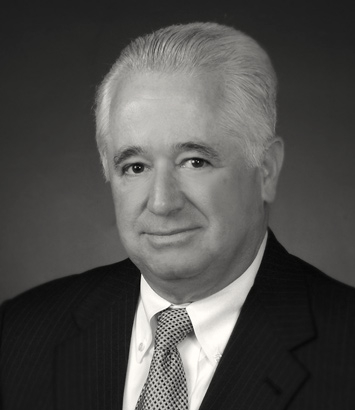 Defense of Purdue Pharma, LP in multiple state court cases involving product liability claims based on the marketing of the prescription pain relief medication Oxycontin. In the course of that defense, we successfully obtained one of the first judgments in favor of the company based upon the defense of misuse of the product. We also obtained the dismissal of a significant number of individual claims, and negotiated a resolution of one of the first actions instituted by a state attorney general against the company.

The plaintiffs, all miners who worked at a particular mine site for a coal company that went into bankruptcy, brought a class action against the mining company that bought the mining operations in the bankruptcy proceeding alleging that they were not hired by the new mining company on the basis of age. The named plaintiffs asserted both disparate impact and disparate treatment theories of age discrimination. After extensive discovery, the trial court certified the class, whereupon a settlement was reached with the class that resolved all claims of discrimination against the coal company.

The plaintiff was a miner who worked at a particular mine site for a coal company that went into bankruptcy. When she was not hired by the mining company that bought the mining operations out of the bankruptcy proceeding, she brought suit alleging that she was not hired by the new mining company on the basis of her age and gender. The plaintiff asserted both disparate impact and disparate treatment theories of age and gender discrimination. After extensive discovery, the claim settled shortly before trial.

Liquidation of Delta America Re

While in Kentucky, Mr. Jernigan served as lead counsel for the liquidator of Delta America Re, an insolvent reinsurance company, suing to recover several hundred million dollars in premium balances and reinsurance premiums due.  This representation involved litigation in the state and federal trial courts and appellate courts of Kentucky and New York in actions against insurance companies, brokers and intermediaries located in such diverse locations as Singapore, Tokyo, London, Moscow, Bermuda and the Cayman Islands.  These efforts resulted in significant monies being recovered on behalf of the estate for the benefit of its creditors.

Mr. Jernigan has served as principle West Virginia counsel for Purdue Pharma, LP in the defense of claims based upon the marketing of its prescription pain relief medication, OxyContin.  In the course of that defense, Mr. Jernigan was successful in obtaining one of the first judgments in favor of the company based upon the defense of misuse of the product.  Mr. Jernigan was also able to obtain the dismissal of a significant number of individual claims and negotiate a resolution of one of the first actions instituted by a state attorney general against the company.

A young woman was killed when an empty coal truck braked suddenly and jackknifed across the center line of a two-lane highway. The plaintiff brought suit not only against the coal truck driver and the trucking company, but also the coal company whose coal the truck had been transporting that day and the coal terminal that had received the coal. The plaintiff alleged that the defendants were engaged in a civil conspiracy in that the coal company routinely loaded the coal truck over the legal weight, which loads were routinely received and accepted by the coal terminal. The causal theory was that the coal truck driver inflated his tires to account for the illegally heavy loads when full, which resulted in tires that were "overinflated" when the truck was empty, which in turn made the coal truck susceptible to jackknifing in hard braking situations. Extensive testing disproved the causation theory of the plaintiff's expert, and the case settled during jury selection.

Thousands of individuals in Southern West Virginia filed property damage and personal injury claims in numerous courts alleging damages following a major storm in July 2001 that caused flooding throughout the state. The plaintiffs contend that the flooding was caused, at least in part, by the activities of coal mining, timbering, and other companies whose work requires alteration of the terrain. After referral to the West Virginia Mass Litigation Panel, and after certified questions were answered by the West Virginia Supreme Court of Appeals, the first of what are projected to be many trials commenced in March 2006. We settled all claims against our clients in all watersheds after a seven week trial, which will ultimately result in significant savings to the clients since the litigation is likely to continue for many years.

Dinsmore & Shohl represented its tobacco clients in cases in a variety of state and federal courts participating in out of town trials in six cases.  The cases ranged from medical monitoring class action to a major consolidated personal injury matter to individual lawsuits involving claims of lung cancer, peripheral vascular disease, laryngeal cancer, etc.  The cases involved significant document management, as well as complex legal, factual and medical issues.  All cases were fully litigated and either dismissed, disposed of on motion or tried to a verdict.  In no case handled by Dinsmore & Shohl were the clients subject to punitive damages.
Frank C. Woodside, III, Mary-Jo Pullen, W. Henry Jernigan, Jr.