8 Questions to Ask Before Taking an Adverse Employment Action

As seen in the Westlaw Employment Journal (Reprinted with Permission. 2012 Thomson Reuters).

A wrongful-discharge suit can be very costly to your company. These suits involve back pay, reinstatement or front pay until retirement; damages for humiliation and embarrassment; attorney fees; and in some situations, punitive damages. It’s not uncommon to hear of jury verdicts far exceeding $1 million for an individual plaintiff.

Attorney fees payable to plaintiff’s counsel can often be assessed, which is on top of the verdict and can easily cost $300,000 to $500,000. Such cases not only expose the company to large monetary risk, but can be very disruptive to both production and morale.

Thirty-plus years of defending against such cases has taught us eight things to look for in employment law cases. A seasoned and successful plaintiff’s attorney who spoke at an employment law seminar recently was asked about how he selected winning cases. He said it all comes down to one word: fairness. He is absolutely right. No matter how a court instructs a jury, jurors will usually look for a way to do what they think is fair.

But what is fair in some parts of the United States may seem horribly unfair in other parts of the country. Thus, it clearly pays to understand the law and the predilections of juries in the particular state where your company operates and you practice law.

An HR professional or employment lawyer should ask eight questions to determine if the discharge action is fair.

1. How long has the employee been working for the company, and is this his first disciplinary action?

Arbitrators regularly use this same line of thinking, and you can expect jurors to do the same. Arbitrator Dennis R. Nolan put it well:

Even long seniority counts for only so much. It buys extra consideration, it merits the benefit of any reasonable doubts, and it will oblige an employer to view the employee’s record as a whole rather than treating events in isolation.1

In fact, many arbitrators have turned discharges into suspensions when they judged a discharge of an employee with a long work record and no prior disciplines. If you, as an HR manager or attorney representing the company, are deciding if discharge is the fair discipline, you will want to know how long the employee has been working for the company and if past discipline issues exist.

2. Have there been any past warnings?

This is a corollary to question 1. As noted, unless an employee’s conduct is an egregious misdeed, jurors believe an employee deserves some warning and an opportunity to correct or improve before he is fired. Jurors believe in the principle of progressive discipline, especially for minor infractions, and they will look for an unlawful motive if the employer discharges first instead of giving at least one warning for a minor infraction.

Supervisors may claim to have given prior warnings, but if you are reviewing the case file, make sure you look at the employee’s disciplinary history. Look through any and all past warnings (oral and written), and also check to see whether the employee was told, in writing or orally, that one more misdeed could result in discharge. When an oral warning is given, it is a good practice for supervisors and HR professionals to document the warning in a written memo at the time it was issued.

3. Have you reviewed any documentation regarding the incident giving rise to the discharge?

When a supervisor or manager is fed up enough to call for an employee’s discharge, emotions may be running high. Before you order up the employee’s final paycheck, ask to see any documentation of the incident that led to the discharge. Examine the documentation for improper motives or unfairness, and make sure your company is doing the fair thing by approving this discharge.

Documents that contain statements showing an unlawful motive for the discharge are embarrassing and costly. We are not suggesting that the HR manager destroy such documents. Rather, finding such evidence gives the employer an opportunity to prevent an unlawful discharge. It is also an opportunity to train supervisors and managers about their obligations under the law, as well as the company’s expectations of its management team.

4. Has any other employee committed the same infraction, and was that employee treated similarly or differently?

The law calls these previous incidents “comparators.” These are people who engaged in the same conduct and were treated the same or differently. Courts and juries will pay attention to what the employer did in past similar situations. As an attorney, you should be able to explain to a jury that atypical or mitigating circumstances can be used to distinguish either the conduct at issue or the employer’s seemingly inconsistent treatment of these individuals.

While it may be a plaintiff’s burden to prove that there is a comparator of sufficient similarity who was treated better, it is best to examine these scenarios yourself and determine if there are comparable.2 If you find yourself saying “but two wrongs don’t make a right,” then examine what distinguishes this situation from the last one, such as different supervision, a change in law or the passage of time.3

5. Were there any witnesses?

If there are witnesses, the HR manager or attorney should ask them what they saw or heard. You should consider asking them to write out a short statement of what they witnessed. If a company terminates an employee without listening to what witnesses have to say, the jury will second-guess an employer’s good-faith belief that there was sufficiently egregious misconduct to support a discharge.

An investigation need not always be exhaustive, but if no one interviews actual witnesses, the jury will wonder if the company’s decision was in fact unlawfully motivated.

6. Was the discharged employee a member of a protected class?

What is the former employee’s race, gender, age, national origin or disability status? All of these categories can lead to a prima facie claim of unlawful discrimination. In addition to protected classes under civil rights laws, do not forget to ask about potential whistleblower or retaliatory-discharge issues: Did the employee recently file a workers’ compensation claim? Did the person recently make safety complaints or engage in union organizing activities?

Ralph Waldo Emerson may have viewed “consistency as the hobgoblin of little minds,” but when it comes to fairness, consistency toward similarly situated employees is the best defense to an employment law claim. In fact, it can be such a strong defense it will warrant summary judgment in favor of an employer.4

7. Will co-workers believe the company was fair?

In addition to a potential jury, your company’s other employees are judging your disciplinary decision-making. Employees, like juries, expect their employer to be fair. If your company is sued by a discharged employee, from a defense standpoint, nothing beats having co-workers willing to testify on behalf of the company because the employer acted fairly. In fact, those employees will likely be the same ones who tell their discharged co-worker to move on with his life.

Nothing is worse, however, than having the majority of the employees telling the discharged employee to sue the company and offering to give sworn statements to the plaintiff’s lawyer.

8. What do you plan to tell the employee who will be discharged?

Still be cautious when delivering the reasons for termination because juries will expect that the reasons the employer gives now will be the only reasons the employer should be able to use to defend the decision during a trial. You can provide a generalized list of the reasons rather than detailing specifics so long as the reason is given. Statements like “we are moving in a different direction” cause plaintiffs’ lawyers to look for unlawful motives.

Consider giving the employee an opportunity to tell his side of the story. The employee may say he understands or offer to resign. If what the employee says raises new issues you were not aware of, you have the option of suspending the employee while you investigate the validity of such claims.

While conducting the termination, avoid being hostile or emotional and avoid making careless or discriminatory statements. Discharge cases for legitimate business reasons have been lost over words like “we need someone with more energy.” Rather, you should refer to a specific business reason, such as low sales numbers or poor production for the last couple of years. If the reason for discharge is a violation of policies or procedures, refer to the violation and, if appropriate, point to any past warnings regarding these issues. 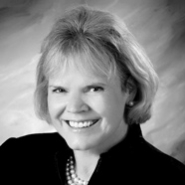