Changes to Law Regarding FOIA Requests: Boards of Education Can No Longer Impose a Search Fee

In April of 2014, Dinsmore’s Education Law Practice Group updated county boards of education on a decision by the West Virginia Supreme Court of Appeals that paved the way for public bodies, including boards of education, to impose a reasonable hourly search fee for Freedom of Information Act (FOIA) requests. The prior alert may be found here.

It is not uncommon for a county board of education to receive at least one FOIA request per week. When a county board of education receives such a request, the applicable statute governing the right to a requester’s inspection and copying is found in W. Va. Code 29B-1-3. And, most if not all, counties have a policy in place requiring the requester to pay a reasonable duplication/copy charge. Even the West Virginia Department of Education requires 40 cents per page in State Policy 1230.

Many of the FOIA requests a county board of education receives require a tremendous amount of time for staff to locate, assemble, and/or copy the responsive documents. This leads to the question of whether a Board of Education may impose a search or retrieval fee in connection with an FOIA request to provide public records, provided such fee is reasonable. Prior to April of 2014 our Education Law Practice Group generally provided the opinion that a search fee was likely not permissible; however, the opinion changed in April of 2014.

Specifically, West Virginia Supreme Court of Appeals, by a decision dated April 10, 2014, ruled “a public body is vested with the authority and discretion to impose a search and retrieval fee in connection with a FOIA request to provide public records, provided that such fee is reasonable.”

The facts of that decision related to an ordinance enacted by the City of Nitro that permitted an hourly charge for document requests requiring more than ten minutes of employee time (the ordinance provided for $25.00 per hour for its employees’ time to search for and/or compile requested records). The requester requested records including an ordinance, meeting minutes, and transcripts or other documentation of the adoption of the requested ordinance. The request was fairly similar to the requests received by county boards of education.

In support of the hourly fee, the City relied upon the language in W. Va. Code 29B-1-3, which states, “The public body may establish fees reasonably calculated to reimburse it for its actual cost in making reproductions of such records.” The requester argued only duplication/copy charges were permissible. The Court, ruling in favor of the City, ruled as stated above, finding that such fees may be imposed if reasonable. In sum, that decision provided guidance to public bodies like a county board of education on the recovery of fees, which meant more than just actual costs of duplication.

Since that time, a number of public bodies, including county boards of education, had adopted policies to include for the search and/or retrieval fees of the requested public records.

House Bill 2636, signed by the Governor on April 1, 2015, specifically prevents state or local officials from charging a fee to research and retrieve public records. W. Va. Code 29B-1-3 now provides as follows (the underlined language is new):

In short, the new law still allows public officials to charge a fee for copying records, but not a fee for searching for and compiling them.

Beginning January 1, 2016, House Bill 2636 will also require public officials to report requests to the West Virginia Secretary of State’s Office. The secretary of state will keep a public database of FOIA requests, along with other information. Specifically, W. Va. Code 29B-1-3 will now provide:

Lastly, House Bill 2636 modified and broadened the definition of “public records”. The law now makes clear records related to the “content or context” of the public’s business (“context” added) must be released. The addition of “context” serves the purpose of overturning a ruling by the West Virginia Supreme Court of Appeals from 2009, in which the court refused to release email exchanges between Justice Maynard and Massey Coal CEO Don Blankenship. Specifically, W. Va. Code 29B-1-3 will now provide:

(4) “Public record” includes any writing containing information prepared or received by a public body, the content or context of which, judged either by content or context, relates to the conduct of the public's business.

Should at any point you have any questions or concerns regarding this issue or any other issues, please feel free to contact the attorneys of Dinsmore's Education Law Practice Group. 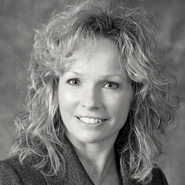