July 25, 2016 – Articles
William J. Seitz, III
Share This Page
The General Assembly just created a potentially less expensive option for deciding public records disputes. As opposed to expensive lawsuits, anyone who challenges the denial of their public records request will be able to seek mediation in the Ohio Court of Claims for only $25. The paperwork can be filed at any of Ohio’s 88 county clerk of court offices without the need to hire a lawyer.

Under SB 321, the majority of mediations will be resolved within 45 days – far more quickly than the current court process. If mediation does not resolve the matter, public records law experts in the court of claims will make a recommendation to the court as to how the dispute should be resolved.

Ohio’s Open Records Act – a state version of the federal Freedom of Information Act – defines which public records are to be made available to anyone who requests them. Though the general principle has long been in favor of public access to most records, local and state governments also have legitimate claims of confidentiality, and courts are regularly required to decide particular cases.

In the past, requestors had to file a lawsuit to secure access to records where a local or state government denies a request for production. Such litigation can be expensive, even though successful litigants can recover their attorney fees.

The Court of Claims mediation option that SB 321 creates is just that – an option. Aggrieved citizens may still go directly to court if they choose. But for citizens who are truly interested in prompt access to public records at a reasonable cost, the bill provides a promising way to accomplish that goal. 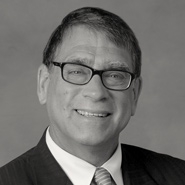