On June 20, 2017, the Pennsylvania Supreme Court issued an opinion in Pennsylvania Environmental Defense Foundation v. Commonwealth of Pennsylvania et al., No. 10 MAP 2015, reversing and remanding the decision of the Commonwealth Court entered January 7, 2015 at No. 228 MD 2012. This case addresses the impact of Article I, Section 27 of the Pennsylvania Constitution enacted in 1971 (commonly known as the Environmental Rights Amendment), on funds generated from leasing state property for oil and gas exploration and extraction.

This action was initiated by the Pennsylvania Environmental Defense Foundation (“PEDF”) who sought a judicial declaration that Section 1602-E and Section 1603-E of the Fiscal Code, 72 P.S. §§ 1602-E, 1603-E, are unconstitutional. Specifically, the PEDF claimed the Commonwealth improperly redirected revenues deriving from the leasing of state property into the Commonwealth’s General Fund, rather than being maintained in trust to ensure the protection of Pennsylvania’s public natural resources, as required by the Environmental Rights Amendment.

In considering the facts of the case, the Supreme Court began its analysis with a direct reference to the plain language of the Pennsylvania Environmental Rights Amendment (“Amendment”), which states in pertinent part:

The people have a right to clean air, pure water, and to the preservation
of the natural, scenic, historic and esthetic values of the environment.
Pennsylvania’s public natural resources are the common property of all the
people, including generations yet to come. As trustee of these resources,
the Commonwealth shall conserve and maintain them for the benefit of all
the people.

Based on its review of the foregoing, the Court held that the Amendment creates an express trust, granting two separate and distinct rights to the people of Pennsylvania: (1) the right to “clean air and pure water, and to the preservation of natural, scenic, historic and esthetic values of the environment, which places a limitation on the state to act contrary to this right;” and (2) “common ownership by the people, including future generations, of Pennsylvania’s public natural resources.” Pa. Envtl. Def. Found. v. Commonwealth, No. 10 MAP 2015, 2017 Pa. LEXIS 1393, at *38 (June 20, 2017).

Having determined that the Amendment created an express trust for the benefit of all Pennsylvanians, the Court turned its focus to conducting an analysis of the Commonwealth’s prior practice of appropriating funds generated from oil and gas leases covering state-owned lands by applying well-settled principals of trust and fiduciary law. The result was the Court’s determination that royalty payments could not be used for general fund purposes because they were payments for the sale of trust assets and, as such, any proceeds resulting from the sale thereof must be placed back into the “corpus” of the trust, i.e. the public natural resources of the Commonwealth. As for other types of payments, such as bonus payments and delay rental, the Court remanded the case back to the Commonwealth Court for a determination as to the proper classification as to the nature of the payment, that is whether it was a payment for the sale of a trust asset.

This case potentially has broad implications for any action by Pennsylvania that might impact “public natural resources,” including future leasing of state-owned lands for oil, gas and mineral exploration. The Court stated the Commonwealth has a “duty to prohibit the degradation, diminution, and depletion of our public natural resources, whether these harms might result from direct state action or from the actions of private parties.” Pa. Envtl. Def. Found., 2017 Pa. LEXIS 1393, at **41-42. Accordingly, any action by the state that might impact public natural resources could be subject to more stringent review by Pennsylvania courts. Private parties, being the beneficiaries of the trust, may also have increased power to challenge any action. 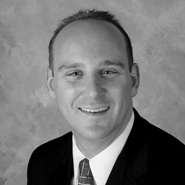