In response to the Patient Protection and Affordable Care Act (ACA), numerous states are attempting to collect and analyze data about the costs and effectiveness of health care. Thus, nearly 20 states have enacted, or are in the process of enacting, laws establishing “all payer” databases, which provide comprehensive state-level information about the distribution and costs of health care services to be provided to a state’s residents. On March 1, 2016, the U.S. Supreme Court effectively halted those information collection efforts by ruling, in a 6-2 decision in Gobeille v. Liberty Mutual Insurance Company, that the Employment Retirement Income Security Act of 1974 (ERISA) preempts a Vermont state law requiring health care providers to submit health care information to the state for inclusion in a state database. This ruling once again demonstrates the Court’s broad interpretation of ERISA’s preemptive power.

In Gobeille, the State sued Liberty Mutual, as the sponsor of its own self-insured ERISA plan, over its refusal to provide information for the database. Liberty Mutual argued that the Vermont law impermissibly interfered with the uniform rules for plan administration under ERISA. Justice Kennedy, writing for the majority, agreed with Liberty Mutual, reasoning that Vermont’s law governed plan reporting, disclosure, and recordkeeping—all “fundamental components of ERISA’s regulation of plan administration.” Justice Kennedy further noted that “differing, or even parallel, regulations from multiple jurisdictions could create wasteful administrative costs and threaten to subject plans to wide-ranging liability.” Therefore, Justice Kennedy ultimately concluded that the statute imposed duties inconsistent with ERISA’s central design—to provide a single uniform national scheme for the administration of ERISA plans without interference from state laws, even when those state laws may impose parallel requirements.

Vermont proposed several arguments against preemption. First, the State argued that Liberty Mutual had not demonstrated that the reporting regime caused it to suffer actual economic harm. However, the Court determined that Liberty Mutual’s preemption argument need not be based solely on a showing of economic harm and that a plan need not wait to bring a preemption claim until confronted with numerous inconsistent obligations and encumbered with any ensuing costs.

Vermont further argued that ERISA did not preempt its reporting regulations, because Vermont’s regime had different objectives than ERISA. However, the Court concluded that any difference in purpose between the Vermont law and ERISA does not transform Vermont’s direct regulation of a central matter of plan administration “into an innocuous and peripheral set of additional rules.”

Lastly, Vermont attempted to invoke the State’s traditional power to regulate in the area of public health. In rejecting that argument, the Court cited its previous ruling that ERISA preempts a state law that regulates a key facet of plan administration even if the state law exercises a traditional state power. The Court concluded that the fact ERISA contains such extensive reporting and disclosure features demonstrates that Congress intended to preempt state reporting laws like Vermont’s.

This ruling reinforces ERISA’s preemptive power over state laws which infringe upon ERISA plans. While plan sponsors of ERISA plans should remain mindful of state attempts to implement laws concerning the reporting of health care information, states will continue to have difficulty shaping these laws to avoid ERISA preemption.

If you have questions about this ruling, please contact your Dinsmore attorney. 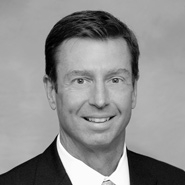