FCA Defendant Strikes Back Against DOJ for Seeking Unreasonable Recovery

It is rare that FCA defendants have their legal defenses paid for, and rarer still that DOJ must bear the expense. In United States ex rel. Wall v. Circle C Construction, the Sixth Circuit held that the government must pay roughly $500,000 in legal fees and expenses the defendant incurred as a result of the government’s unreasonable litigating position.

In Wall, the United States Army contracted with Circle C Construction, a family-owned business, to build 42 warehouses in Kentucky and Tennessee. The contract’s terms included compliance with minimum wages mandated by the Davis-Bacon Act. An electrical subcontractor paid two electricians $9,900 under the Davis-Bacon Act’s mandated wage, which rendered false a handful of compliance statements Circle C sent to the government along with its invoices. The subcontractor paid $15,000 to settle the underpayment. The government went after Circle C for almost a decade, claiming that the $9,900 underpayment resulted in $554,000 in actual damages. When trebled (as the FCA allows), these asserted damages rose to $1.66 million. The government’s theory: the $9,900 underpayment tainted all of the subcontractor’s electrical work throughout the warehouses, rendering that work worthless. Over the course of a decade, Circle C paid its attorneys almost $500,000 to defend against the government’s lofty demand. The government was ultimately awarded $14,748 in damages, which was less than 1% of the government’s demand.

Circle C moved for recovery of its attorneys’ fees, relying upon a fee-shifting provision of the Equal Access to Justice Act. The provision states that, if a court awards damages to the government, but the government’s original demand for damages was both “substantially in excess of the judgment finally obtained” and “unreasonable when compared with such judgment,” then the court must “award to the [defendant] the fees and other expenses related to defending against the excessive demand.” The district court denied Circle C’s motion based on the fact that the court itself had twice accepted the government’s theory, meaning the theory was not “unreasonable.”

In Wall, Circle C Construction earned a rare victory. FCA defendants are often forced to defend against meritless cases and litigating positions, and those defenses can be costly. Wall is helpful precedent for defendants who are effectively coerced to litigate by unreasonable government damages theories. 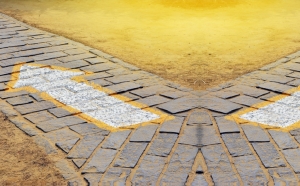