Although the Fourth Circuit has yet to determine whether the McDonnell Douglas framework—a fundamental employment law doctrine—applies to whistleblower claims under the False Claims Act (FCA), the Western District of Virginia recently applied the burden-shifting framework when considering an FCA retaliation claim. In doing so, the court in Chapins v. Northwestern Community Services Board, 2017 U.S. Dist. LEXIS 39286 (W.D. Va. March 20, 2017) joined the Eastern District of Virginia and several other courts that have applied the doctrine to FCA whistleblower claims at summary judgment. Applying the McDonnell Douglas framework is significant because it imposes a relatively high burden on plaintiffs at summary judgment and adds structure to the retaliation inquiry under the FCA.

The FCA’s anti-retaliation provision bars adverse action against employees because of lawful acts done “in furtherance of an action” under the FCA or “other efforts to stop 1 or more” FCA violations. 31 U.S.C. § 3730(h). To establish retaliation, a plaintiff must show (1) the plaintiff was engaged in “protected activity” under the FCA, (2) the employer knew about that activity, and (3) the employer took action against the plaintiff as a result.

Under the McDonnell Douglas framework, once a plaintiff establishes a prima facie case of discrimination, the burden shifts to the defendant to produce evidence of a legitimate reason for the challenged employment action. If the defendant articulates a legitimate, nondiscriminatory reason for the adverse action, the burden shifts back to the plaintiff to prove the reason provided is pretextual and retaliatory animus motivated the challenged conduct.

The Chapins plaintiff alleged her former employer, Northwestern Community Services Board (Northwestern), retaliated against her after she reported to Northwestern that a coworker had submitted false Medicaid claims and timesheets. She alleged three types of retaliatory conduct: (1) She was harassed at work; (2) she was terminated; and (3) Northwestern chose not to rehire her for a similar position after her position was eliminated. The court ultimately granted summary judgment to Northwestern, finding that although the plaintiff likely engaged in protected conduct when she reported her coworker for inaccurate billing, she had failed to establish the third element—“retaliatory conduct.”

The court first held the plaintiff’s allegations of harassment were insufficient to establish retaliatory conduct under the FCA. Noting its surprise neither party referred to the plain text of the statute at issue, the court dismissed the vast majority of the plaintiff’s “harassment” allegations from consideration, as nearly all of the alleged events occurred outside the FCA’s three-year statutory limitations period for retaliation claims.

The second and third courses of alleged conduct failed at the outset, due largely to what the court deemed a “stark lack of temporal proximity” between the protected conduct and retaliatory action. Explaining that temporal proximity between the protected conduct and adverse action is a key aspect in considering causation, the court addressed the 38 month lapse between the plaintiff’s protected conduct (reporting the inconsistent billing) and the adverse action (her termination). When considering the adverse action to be Northwestern’s failure to rehire the plaintiff, the lapse was even more marked. The court compared this “extremely long” lapse to other cases where gaps of 20 months, and even three months, were held to be too long to infer a causal nexus. Consequently, the plaintiff could not establish a prima facie retaliation claim.

Finally, even assuming the plaintiff made out a prima facie retaliation case as to the third course of conduct (not rehiring her), the court found Northwestern articulated a legitimate reason for its decision, namely the other candidate scored higher in the interview. Though the plaintiff proffered some evidence she would have been the better choice for the position, she failed to show Northwestern believed this. Moreover, Northwestern was not required to choose the best or the most experienced candidate. By standing on her pleadings, the court concluded, the plaintiff failed to provide any evidence showing Northwestern’s justification was pretextual. 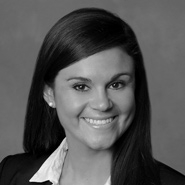