In 2015, The Bipartisan Budget Act of 2015 (BBA) was enacted to replace the existing rules for auditing partnerships/LLCs (the “partnership”) with more than 100 partners, or partnerships with 100 or fewer partners that have only individuals, corporations or an estate of a deceased partner as partners/members and which elect out of the new audit rules, with a new set of rules that took effect for taxable years beginning on or after January 1, 2018.  In general, under these rules, audits will take place at the partnership level.  This is consistent with the “tax matter partner” audit rules still effective for taxable years beginning before January 1, 2018.  Among the major differences, however, subject to a “push-out” election, any adjustment will be taken into account only at the partnership level, and any taxes will be paid by the partnership, not by the partners.

These rules are subject to further review and guidance by the IRS and may continue to evolve.  However, it is important that each partnership strongly consider amending its partnership agreement to incorporate language dealing with these new audit rules, such as naming a Partnership Representative and a Designated Individual, with respect to taxable years beginning on or after January 1, 2018, providing any desired contractual limitations on their powers, addressing if a Push-Out Election is desired, and providing for contribution to the partnership by the partners during the Reviewed Year to contribute any monies the partnership might require to pay the IRS at that level.  For partnerships that existed before 2018, its agreement should also have tax matters partner language since those rules continue to apply to pre-2018 taxable years.

If you have questions about the new audit rules or other tax matters, please contact your Dinsmore attorney. 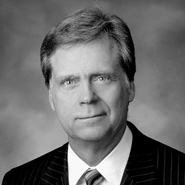