Allegations of age discrimination against an international media company

Share This Page
In July 2014, we won a jury trial on behalf of an international media company against an allegation of age discrimination and intentional infliction of emotional distress. Our client had terminated the plaintiff, a 61-year old executive who had been with the company nearly 25 years, during a reduction-in-force. The plaintiff alleged that the company had targeted him for termination because of his age and had “covered up” the discriminatory reasons for his termination. The plaintiff also asserted that a disproportionate number of older workers had been let go in the years before the plaintiff’s termination, pointing to human resources documents and e-mails that discussed employee ages in the context of reductions-in-force. Lastly, the plaintiff alleged that the company failed to offer him a job in the reorganized company. The plaintiff sought up to $1.4 million in damages.

Prior to trial, we successfully moved the court to dismiss plaintiff’s intentional infliction of emotional distress claim, arguing that pursuant to Kentucky law the claim was precluded by his age discrimination claim. We also successfully limited the evidence plaintiff sought to use at trial, including evidence of the company’s overall financial state as described in public filings.

During the eight-day trial in Jefferson Circuit Court, we established the company’s non-discriminatory reason for plaintiff’s termination: his highly paid job position was eliminated for business reasons due to a corporate restructuring. The jury of seven men and five women determined that age was not a “substantial motivating factor” in terminating the executive or in refusing to offer him another job position, finding for the defendant on both counts of age discrimination. The plaintiff did not appeal the jury’s verdict and the case is now final. 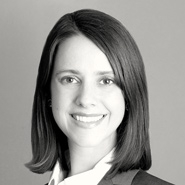