Regional West Medical in Scotts Bluff, Nebraska, issued $45 million variable rate demand bonds in 2005 for refinancing and new money purposes, which were secured by bond insurance and a bank letter of credit. Because of the financial crisis in 2008, the bond insurer collapsed and the letter of credit bank became the owner of the bonds. In a series of five transactions over the next five years, Regional West successfully restructured its debt portfolio with our assistance as bond counsel and borrower’s counsel.

We worked closely with the hospital to ensure each financing was in compliance with the existing Master Trust Indenture, to create parity among all lenders and to avoid an early termination of the existing swap agreements. We also negotiated on behalf of the hospital to meet the programmatic documents required by each lender with a special focus on making sure the documents did not conflict with each other or the Master Trust Indenture. 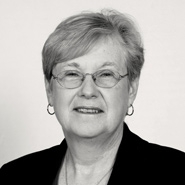