Defense of a hospital against sexual harassment/hostile work environment and retaliation claims brought pursuant to the Kentucky Civil Rights Act. The plaintiff alleged a physician at the medical center sexually harassed her by making inappropriate comments about her appearance and unwanted physical contact, thereby creating a hostile work environment. She further alleged the hospital was aware of the physician’s conduct and failed to act. We defended the sexual harassment claim on the grounds that the physician’s alleged behavior was not sufficiently severe or pervasive to create a hostile work environment and, in any event, the hospital acted appropriately once the physician’s behavior was reported. We defended the retaliation claim on the ground that no there was no adverse employment action taken against the plaintiff. The plaintiff originally sought $5 million in damages, but asked the jury for $2.5 million in closing argument after the court granted a directed verdict on the retaliation claim. The jury returned a verdict for just $75,000. 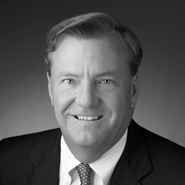