Defense against allegation of FMLA retaliation and wrongful discharge

Share This Page
Successfully defended Psychiatric Professional Services, Inc. in Federal District Court in the Southern District of Ohio against allegations of age discrimination, gender discrimination, FMLA retaliation and wrongful discharge. The plaintiff alleged she was terminated for violating public policy by consulting a lawyer, as well in retaliation for taking leave under FMLA. We conducted thorough discovery and a multitude of depositions, including the Chair of the Department of Psychiatry and the Dean of the University of Cincinnati Medical School, as well as handling responses to a variety of motions filed by the plaintiff in pretrial. We argued that the plaintiff’s termination was for legitimate business reasons, and filed a motion for summary judgment, which was granted by the judge. The plaintiff then filed an appeal with the United States Court of Appeals in the Sixth Circuit, and we filed briefs and made oral arguments before a three-judge panel, who affirmed the decision of the lower court and dismissed the claims against our client. 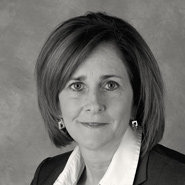