Defense of Bad Faith and Breach of Contract Claims

Share This Page
When an insurance company faced allegations of bad faith and breach of contract for denying coverage for fire loss claims made by an insured, they turned to Dinsmore for counsel. A fire occurred at the plaintiff’s residence while he was at work, which resulted in property damage. The plaintiff then filed a claim under their homeowners’ policy. During the investigation, it was determined that the plaintiff misrepresented his financial condition and the value of jewelry and other household items allegedly lost in the fire. Additionally, an independent investigator concluded that the fire was intentionally set. Our client subsequently denied the plaintiff’s claim for breaching the “Concealment or Fraud” provision of the policy. The plaintiff then filed suit against our client for bad faith and breach of contract. Both parties moved for summary judgment and our motion was granted by the U.S. District Court for the Northern District of Ohio. The court found that the plaintiff had made numerous misrepresentations during the investigation, and subsequently had violated the policy. The ruling disposed of the claims without the expense of a trial. 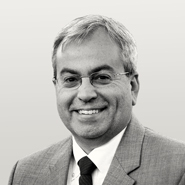