Plaintiff brought suit for over $1 million against out client, Nalco Company.  Plaintiff was invited to a golf scramble by a Nalco representative.  During the course of the golf outing, Plaintiff consumed alcoholic beverages and at the end of the outing fell down a flight of steps, rendering him a quadriplegic.  Plaintiff sued the sponsor of the outing, the country club where the outing was held and the Nalco sales representative. 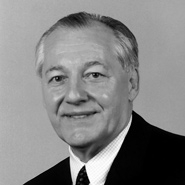