Share This Page
We represented Berwind Corporation (Berwind) in a lawsuit instituted by Pennsylvania Electric Company (Penelec) filed in the Court of Common Pleas of Somerset County, Pennsylvania. This declaratory judgment action concerned the interpretation of a right of way agreement (the Agreement) executed in 1977, under which Berwind allowed Penelec to install and maintain a power line and related facilities in a defined right of way over Berwind’s coal-rich land. Starting in 2008, Berwind advised Penelec that Berwind's lessee intended to conduct surface coal mining activities in the right of way, and Penelec's power line could be damaged if it were not relocated. The parties asked the court to interpret the Agreement to determine who had to pay the cost to relocate Penelec's power line. The parties filed cross-motions for summary judgment and the court issued a decision in Berwind’s favor. After oral argument on appeal, the Superior Court of Pennsylvania upheld the decision, ending the case in Berwind’s favor. 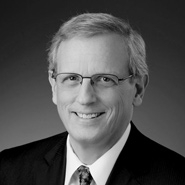