Share This Page
Represented Valvoline in a lawsuit filed by a former employee alleging claims of violation of Minnesota’s statute regulating drug and alcohol testing by an employer (Lewis v. Ashland Inc. d/b/a Valvoline Instant Oil Change, D. Minn., No. 09-3515, 8/9/11). Summary Judgment was granted to Valvoline, as the Court stated that the plaintiff could not show that Valvoline lacked a “reasonable suspicion” to require him to undergo a drug test or that the company lacked a “rational basis” to discontinue the test based on his conduct at the testing center. In granting the Motion, the Minnesota Court found that Valvoline’s actions in terminating the former employee did not violate Minnesota’s statutes or common law exceptions to the employee at-will doctrine. Of note, in arriving at its decision, the Court highlighted the importance of the Valvoline’s internal human resources structure and management’s use of those channels in its decision to terminate. 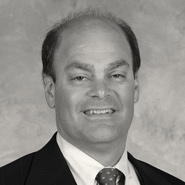