Share This Page
We defended an interventional cardiologist accused of medical negligence in performing a stenting procedure on a patient with complex cardiac issues. The case was initially dismissed on statute of limitations grounds. On appeal, the federal court of appeals reversed and reinstated, finding a question of fact as to when the statute of limitations began to run. After the appeal, the case was tried in federal court in London, KY. We obtained a unanimous jury verdict for our client, which terminated the litigation. 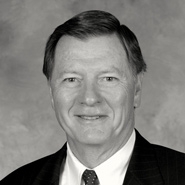